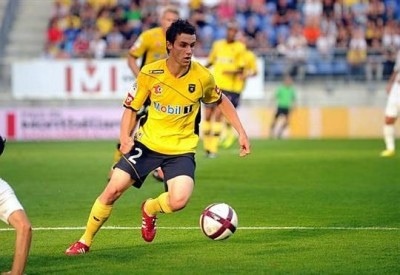 As with last transfer window, interest is mounting for Sochaux’s talented right back Sebastien Corchia. The player looks likely to leave the French side, who are struggling in Ligue 1 as we speak. Marseille are said to be interested in the player, but do not have the funds to sign the player on a permanent deal.

Thus, any deal between OM and Sochaux for Corchia will have to involve a loan deal, but for the meantime, this is something which Sochaux are unwilling to agree with. It is also understood that RC Lens have made contact over the player, but one would see a move to Ligue 2 as unlikely for the French fullback.

Elsewhere, completely separately, Jordan Ayew’s loan move to Sochaux from Marseille is pretty much a done deal. Jose Anigo has confirmed that Vincent Labrune is finalising the deal, and the current manager has also announced that Marseille will not be replacing the Ghanaian due to a lack of funds.

Meanwhile, Anigo has also told press that he does not want the Marseille job full time but will insists he will continue with the mindset that he is managing the team until the end of the season.

Vincent Labrune, the club’s President, is reportedly looking for long-term managerial candidates but the general belief is that he is in no rush to make a decision.