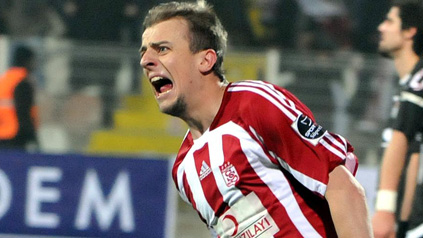 Get French Football News reported yesterday that the deal had been agreed between Sivasspor and Rennes for forward Kamil Grosicki to move to the Ligue 1 club. It follows the signing of Ola Toivonen, as Rennes look to avoid the trouble of relegation to Ligue 2. Clearly, with the signings of attacking minded Toivonen and now Grosicki, Rennes think that by improving their ability to score goals, they stand a better chance of climbing the Ligue 1 table.

So, what can Grosicki bring to the Rennes strike force? First of all, Grosicki is an extremely quick player, who can beat full backs of centre backs just by using his superior pace. He is also a strong player technically, and will provide assists to his team mates. In fact, in his League career he has made more assists than he has scored goals, scoring 39 and assisting 42 times in 196 games. This all means that he is, on average, involved in a goal every 2.2 games, which just shows that Rennes are signing a very decent player.

Overall, Rennes have put their money where their mouth is. With the signings of Ola Toivonen and Kamil Grosicki, they have considerably improved their squad, and now stand a much better chance of survival than just a week or two ago.