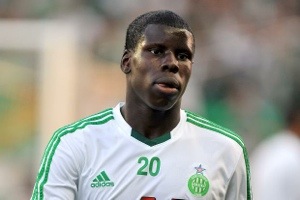 In demand defender Kurt Zouma has spoken out about his future to L’Equipe this morning and despite Monaco and Inter Milan talks, the player has made it clear that his heart lies with Chelsea.

He had to say the following:

‘A departure this summer? That’s up for my club and my reps to decide. For me it’s clear, I want a change.’

‘Chelsea is a club I have loved since I was little, plus blue is my favourite colour. I will go where the wind takes me!’

‘If you told me I could go to Chelsea, I would go straight away! Especially after my chats with the manager.’

Zouma also confirmed to L’Equipe, therefore, that he has been in talks with Jose Mourinho over the last few weeks.

However, despite this, the player has left the door open to a move to PSG or Monaco, saying that he could see himself making the step up to one of these two clubs.