Lacina Traoré granted work permit for move to Everton; loan fee yet to be agreed 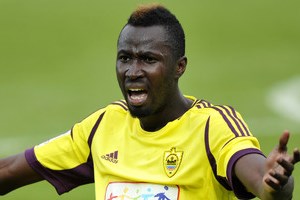 Premier League side Everton have confirmed that AS Monaco striker Lacina Traoré has been granted a work permit with a view to signing the player on loan until the end of the season.

The player had a medical yesterday and Everton are understood not to be worried about the player’s hamstring niggle. He should make a full recovery from that injury by the end of next week, if sources close to the player are to be believed.

All that remains is for AS Monaco and Everton to agree the specifics of the loan deal. The fee has yet to be agreed, although Get French Football News understands this evening that the two parties are nearing that ambition.

It seems to be about finding the balance between the amount of wages that Everton will be forced to pay as well as the heftiness of the straight fee that AS Monaco are currently demanding.

Javier Pastore: ‘If AS Roma calls, we will see…’