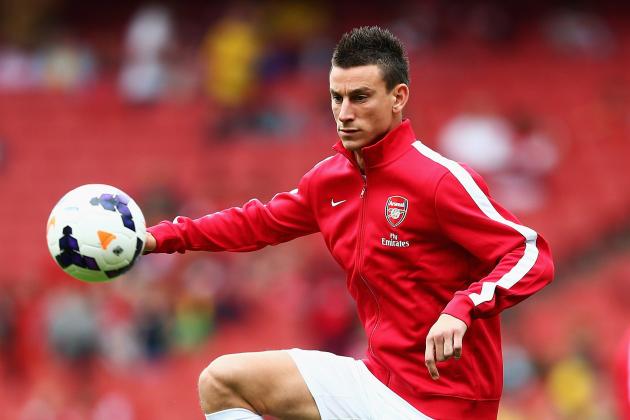 Laurent Koscielny gave a press conference and Les Bleus’ training base at Clairefontaine yesterday. Here is what he had to say:

On the competition within the squad: ‘All of the players want to start. You have to be playing regular football at your club, that’s the rule.’

On handling Ronaldo: ‘There’s no anti-Ronaldo plan. We need to limit Portugal’s attacking play on the whole and try to reduce their influence on the game.’

‘We need to nullify the entire Portugal side, it’s not just Cristiano Ronaldo.’

On the errors he has made: ‘People pick up on my errors more because they’re easier to spot.’

On his preferred defensive partners: ‘Who do I prefer playing with? I don’t mind. I adapt my play to whoever is there so it doesn’t really matter.’

On Olivier Giroud: ‘He’s OK. He’s keeping his chin up but it’s not easy when you’ve got a long-term injury.’

On his red card against Ukraine prior to the World Cup: ‘If I didn’t get sent off then maybe we wouldn’t have qualified for the World Cup. You have to put things into perspective.’

On the recent story labelling him as the player who has given away the most penalties in the Premier League since August 2010: ‘I don’t think the Guinness Book of World Records really counts the record for penalties conceded.’