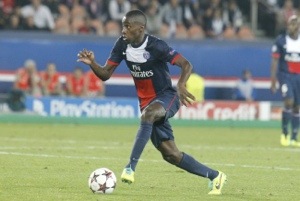 According to our colleagues at L’Equipe, Premier League side Manchester City have contacted super agent Mino Raiola about the availability of PSG’s defensive midfielder Blaise Matuidi.

The player is currently unable to sign a contract extension with PSG, because of an ongoing court battle between his current agent Mino Raiola and his former one Jean-Pierre Bernes.

Until this case is resolved, Matuidi is not able to enter contract negotiations with any club. His current deal expires this June.

PSG President Nasser Al Khelaifi has insisted that Blaise Matuidi has already agreed to extend his deal with PSG as soon as he is able to do so.

Lacina Traoré granted work permit for move to Everton; loan fee yet to be agreed

Chelsea and Saint Etienne remain in talks over Kurt Zouma