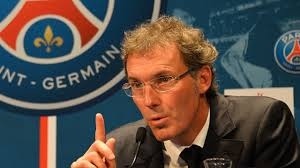 Your weekly, in-depth Ligue 1 Preview returns for a brand new season that kicks off tonight.

The 2014-15 Ligue 1 season gets underway at the Stade Auguste Delaune as Reims play host to champions PSG. The home side will be hoping for a repeat of last season’s mid-table finish, but after losing manager Hubert Fournier to Lyon and midfielder Grzegorz Krychowiak to Sevilla, it could prove to be a difficult task. New coach Jean-Luc Vasseur will want to get off to a good start, but it looks unlikely that Reims will get anything from this match.

PSG, meanwhile, will be expected to win this match, and the league, as a bare minimum this season. Anything less than retaining their league title will surely put coach Laurent Blanc under extreme pressure given that PSG are so far ahead of their French counterparts. The visitors, who last week won the Trophee des Champions, will be without South Americans David Luiz, Maxwell, Thiago Silva and Ezequiel Lavezzi as they have only just returned from their extended summer breaks.

Bastia start their campaign with a home match against Marseille. The new man in charge at the Stade Armand Cesari is former Chelsea and PSG midfielder Claude Makelele and he will be hoping that his team’s impressive home form from last season continues into this campaign; they won 10 home league matches in 2013/14, which was only bettered by the top four.

Marseille also have a new man in charge after a difficult season last year, as Marcelo Bielsa takes over from Jose Anigo. With no European football at all to contend with, Bielsa will be aiming for his team to make their mark in the league and improve on last year’s disappointing sixth placed finish. Bastia away is a potentially tricky fixture, but one that Marseille should be picking up points in.

Lille start the season at home to newly-promoted Metz. The hosts will be looking to make a strong start to this season as they aim to replicate their third place finish and should be able to pick up all three points here. Rene Girard will also have one eye on Lille’s upcoming Champions League play-off match and will want this match wrapped up with as little fuss as possible.

Metz come into this season with only one aim; to avoid relegation. The Ligue 2 champions couldn’t have been given a much tougher start to the season than away to Lille, but they did have a decent defensive record last season, which is something they will have to retain if they are to stand any chance of surviving.

Montpellier open by facing Bordeaux at the Stade de la Mosson. The home side will be hoping to improve on last season’s inconsistent form, which saw them eventually finish 15th. They may have lost their best player after Remy Cabella joined Newcastle United, but improving on last season shouldn’t prove too difficult for Rolland Courbis’ men.

Bordeaux, meanwhile, will be looking to gain all three points in Willy Sagnol’s first match in charge, with a European spot in the league being the target for this season. A win away to Montpellier is realistic for Bordeaux, and some may argue necessary, if they are to improve on last season’s seventh placed finish.

After only just surviving in Ligue 1 last season, Evian start the new campaign with a home match against Caen. The aim for Evian this season will be exactly the same as last year’s; to avoid relegation. And they certainly have experience of doing so; they have saved themselves on the last day of both of the last two Ligue 1 campaigns. However, Evian will find themselves in the unfamiliar position of favourites in this match against newly-promoted Caen.

Caen have very similar aims to their opening day opponents in that they too simply want to avoid relegation back to the second tier. They will be the underdogs in pretty much every league match this season, but they are more than capable of springing a few surprises along the way. Manager Patrice Garande will be hoping the first surprise occurs at the Parc des Sports this weekend.

Nice kick off their 2014-15 campaign against Toulouse at the Allianz Riviera. The hosts struggled throughout last season, ending up in 17th place and only just avoiding relegation, and after losing goalkeeper David Ospina to Arsenal and central defender Nemanja Pejcinovic to Lokomotiv Moscow this summer, things will get tougher still.

Visitors Toulouse will be hoping to take advantage of this by picking up all three points from their opening game. Despite loaning Serge Aurier to PSG, Toulouse still remain a solid team and will be expected to finish comfortably in mid-table, with a possible top 10 finish on the cards.

Nantes start off against newly-promoted Lens at the Stade de la Beaujoire. The hosts may struggle for goals this season after star striker Filip Djordjevic joined Lazio on a free transfer, with their main target this season simply being to avoid relegation. They will however, be expected to overcome Lens in front of a home crowd.

Lens, meanwhile, are pretty much everyone’s favourites to be relegated this season, given that they have yet to strengthen their squad from last season due to the legal issues which have dominated their summer preparations. It will be a surprise if they win this match and an even bigger shock if they were to somehow manage to stay up this season.

It would be near impossible for Guingamp to better their achievements of last season, but they will try to do exactly that when they kick-off their league campaign against St Etienne at the Stade du Roudourou. It is a difficult start for the hosts, who will once again be looking to avoid relegation, this time with the added distraction of Europa League football.

St Etienne will also be looking to build on last season’s impressive fourth placed finish and will be expecting to take maximum points from this game. With Marseille now under the stewardship of Bielsa and Lyon’s improved form towards the end of last season, the visitors will be under much more intense pressure in the race for a European spot in Ligue 1 this campaign than they were previously.

Lyon start their 2014-15 campaign on Sunday afternoon at home to Rennes. With PSG and Monaco the favourites for the top two spots, Lyon’s ultimate aim will be to finish the season in third and qualify for the Champions League. To do so though, they will need to find a way to stop last season’s habit of dropping points in games that they are expected to win, starting this weekend against Rennes.

Rennes, however, will be hoping that Lyon’s problem continues as they look to get their own campaign off to a good start. Despite last season’s struggles, Rennes are far from the weakest team in the league and should be able to achieve a comfortable mid-table finish at least, but Lyon may just be too much for them this weekend.

In the final game of the opening weekend, Monaco are in action as they welcome Lorient to the Stade Louis II. After selling James Rodriguez to Real Madrid a couple of weeks ago, the hosts just don’t look strong enough to be able to prevent PSG making it three league championships in a row. They are, however, still head and shoulders above most of the league and should comfortably pick up all three points this weekend.

This will be Sylvain Ripoll’s first official match in charge after being promoted from his position as assistant this summer following Christian Gourcuff’s exit. He won’t be expected to win this match, but he will be expected to lead Lorient to a mid-table finish at least this season. Ghana international Jordan Ayew is in line to make his debut in this match after joining the club from Marseille earlier.