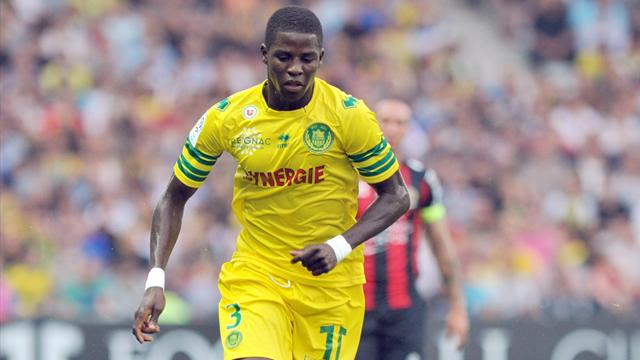 After Lyon represented French football with pride during the week by qualifying for the last 16 of Europe’s second tier competition in the Europa League, Robert Bhamber turns your attention to Ligue 1 matters for the upcoming weekend:

Evian then, may fancy their chances of getting something from the match as they look to move further clear of the relegation zone. Pascal Dupraz’s men are two points clear of the bottom three and will need to take points from home games such as this one if they want to avoid slipping down the table.

– Evian’s top scorer, Kevin Berigaud, has scored in each of his last three league appearances.

– Nantes have scored just 23 times this season, only the bottom two sides Sochaux and Ajaccio have scored less.

– Nantes haven’t won an away league game this season in which they conceded first.

St Etienne face a tough challenge on their quest for a Champions League place as title-chasing Monaco visit the Stade Geoffroy-Guichard. The hosts are only one point behind Lille in the third and final Champions League position heading into the weekend. Coach Christophe Galtier may not have the financial backing that Claudio Ranieri enjoys at Monaco, but he has done an excellent job so far this season and has made St Etienne a real difficult team to beat.

Monaco made hard work of last week’s 3-2 victory over Reims and Ranieri will be hoping his team don’t slip up in the race for the title. A win for Monaco will leave them just two points behind PSG, who don’t play until Sunday.

– St Etienne have only lost twice at home this season.

– They have conceded just 32 goals this season, a record only bettered by PSG.

– Monaco have scored 44 goals this season, a record again only bettered by PSG.

– Monaco are unbeaten in their last seven league away games, winning five of them.

Struggling Sochaux take on a Bordeaux side who are aiming to finish the season in a European spot at the Stade Bonal. The hosts are stuck in the midst of a relegation battle, sitting in 19th position with 19 points. They are five points away from Evian in 17th and it won’t be an easy task taking points from Bordeaux.

The visitors have won their last two games and if they put a couple more wins together in succession, they have a chance of moving up the table quite considerably. Lille, in third, are only six points away from Francis Gillot’s team, so a Europa League spot is realistic target to say the least.

– Despite their league position, Sochaux have won three out of their last four home league matches.

– However, they have yet to win a home game this season after they have conceded first.

– Bordeaux have lost their last three away league matches.

– They have taken 12 out of 36 available points in away league matches this season.

– In the reverse fixture in Week 9, Bordeaux comfortably won 4-1.

Lorient host Bastia in a match where both teams are comfortable in mid-table. The home side are, however, on a bit of a bad run at the moment, losing their last three league games. Last week, Christian Gourcuff saw his team narrowly lose 3-2 at Bordeaux, but they maintain a 10 point cushion above the relegation zone.

Bastia have also seen defeats in recent weeks, although they were faced with tough opposition. Both Monaco and St Etienne left the Stade Armand Cesari with 2-0 wins in what otherwise must be viewed as a successful season so far for Bastia.

– Lorient haven’t won any of their last five league fixtures.

– They have taken 22 out of a possible 36 points in home games so far this season.

– Bastia have only taken 10 points from a possible 39 in away matches this season.

– They are yet to win an away match in which they have conceded first.

Nice welcome Toulouse to the Allianz Riviera as they look to leapfrog the visitors and move up into the top half of the table. The hosts head into the weekend with 31 points, just two points behind Toulouse in 10th. With a nine point gap between Nice and the relegation zone, coach Claude Puel must surely now be looking up the table rather than over his shoulder.

Toulouse meanwhile, will be looking to consolidate their position in the top half and ensure that the likes of Nice don’t overtake them. A European place though, looks to be out of their reach this season.

– They are yet to lose a home game this season in which they have scored first.

– Toulouse have won three out of their last four away games.

– However, they have only won two league games in 2014, against Bordeaux and Lorient.

Rennes take on Guingamp at the Stade de la Route de Lorient with both teams wanting the three points for different reasons. Hosts Rennes are relatively safe in mid-table with a nine point gap between themselves and the relegation zone, but Philippe Montanier will now be wanting to finish as high as possible in the table, with a top half finish a realistic target.

Guingamp however, still have lingering relegation fears. They are currently seven clear of the bottom three with 29 points, but know a bad run of form will drop them right into the danger zone come the latter stages of the season. They will definitely be looking to build on last week’s morale boosting 1-0 win over Nice.

– They are yet to win a home league match in which they have conceded first this season.

– Guingamp’s victory over Nice last week was their first in 11 league games.

– Guingamp have lost their last three away games in Ligue 1.

This is another match in which both teams need all three points, but for completely different reasons. Reims, who are aiming to finish in a European spot come the end of the season, have 39 points and will be expecting a home win over a team struggling in the relegation zone.

Indeed, Valenciennes have 22 points, two points away from Evian in 17th. They have struggled all season long, winning just five league games and only once recording two victories in succession. They held fellow relegation candidates Sochaux to a 2-2 draw at home last week.

– Reims have taken exactly half of the points available to them in home league matches this season, 18 out of 36.

– However, they have yet to win a home game this season in which they conceded the first goal.

– Valenciennes have won one out of their last six league games.

– They have won just eight points from a possible 39 on the road all season.

– In the reverse fixture in Week 9, these two teams contested a 1-1 draw at the Stade du Hainaut.

Heading into Week 27, Ajaccio are rock bottom of Ligue 1, 10 points adrift from safety with 12 games to go. However, it’s not about to get any easier for Christian Bracconi’s team as Champions League chasing Lille visit the Stade Francois Coty on Sunday. Ajaccio have won just two league games all season and anything other than a Lille victory will be a major upset.

Lille can’t afford any slip-ups either, as St Etienne are only one point behind them in the table and could have already overtaken Lille by the time this match kicks off. Rene Girard will also be keeping a close eye on the results of Marseille, Lyon and Bordeaux, all of whom are within six points of the final Champions League spot.

– They have been in the relegation zone since Week 11.

– Despite their league position, Lille have won only one of their last eight league games.

– Lille also haven’t won any of their last five league away games.

– In the reverse fixture in Week 9, Lille ran out comfortable 3-0 winners.

Lyon are one of the many teams chasing that elusive third Champions League spot and will be hoping for a straightforward match at home to mid-table Montpellier. Lyon head into Week 26 on 41 points, five behind third placed Lille. On top of league fixtures, Lyon have had the Europa League to contend with as well and secured a place in the last 16 with a 1-0 over Ukrainian side Chornomorets Odesa on Thursday.

Back in Ligue 1, Montpellier are reasonably safe in mid-table, 10 points clear of the relegation zone but with no real chance of finishing in a European position either. It hasn’t always been so simple though, as Montpellier were 17th in the table as recently as Week 20, but a great run of form has guided them to safety.

– They have only lost once at the Stade de Gerland in the league this season, against Reims in Week 3.

– Montpellier’s recent run of form has seen them embark on an eight game unbeaten streak in the league.

– They are also unbeaten in their last five league away games.

– In the reverse fixture in Week 9, Montpellier recorded a great 5-1 victory over Lyon.

Sunday’s last Ligue 1 fixture is without doubt the biggest, as league leaders PSG welcome Champions League chasing Marseille to the Parc des Princes for the Classique. PSG could be under a considerable amount of pressure come kickoff, as Monaco may have closed the gap at the top to just two points. Laurent Blanc’s team can afford no slip-ups against one of their arch-rivals in Ligue 1.

Marseille are three points behind Lille in third heading into the Classique and know that a victory would not only close the gap but also send a major statement to their league rivals. However, the Parc des Princes has not been a happy hunting ground for Marseille in recent years, as they have lost each of their last four visits in all competitions. It will be a tough ask for the Marseille players, but picking up some points in this match may make all the difference come the end of the season.

– PSG are unsurprisingly Ligue 1’s highest goalscorers, with 62 goals so far this season.

– They are unbeaten at the Parc des Princes in the league this season, winning 10 and drawing three.

– Marseille are unbeaten in their last five league games.

– Of the 34 Ligue 1 meetings in Paris between these two teams, PSG have won 15, Marseille have won nine and there has been 10 draws.

– In the reverse fixture in Week 9, PSG won 2-1 at the Stade Velodrome.