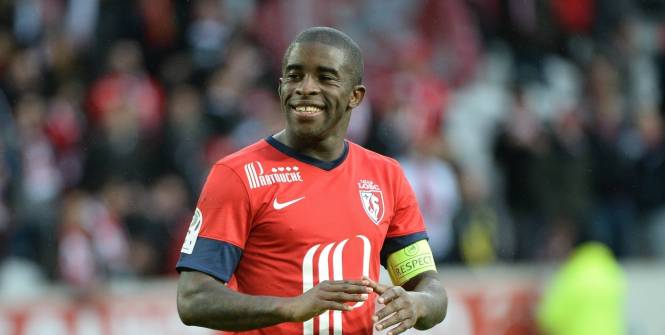 Your weekly guide to the weekend’s Ligue 1 action is here:

The Ligue 1 action starts on Friday evening at the Parc des Sports, as Evian take on champions PSG. It will be another tough match for the hosts but manager Pascal Dupraz will be hoping for a better performance than the one he saw during last week’s 6-2 defeat to Rennes. However, Evian did manage to win this fixture 2-0 last season, becoming the first team to defeat PSG in the league in 2013/14.

PSG will be without both captain Thiago Silva and star man Zlatan Ibrahimovic due to injury, but Laurent Blanc’s side will still be expected to take all three points here. The champions have taken four points from six so far this campaign and a win will take them to their usual spot at the top of the league, for 24 hours at least.

The first match on Saturday sees Marseille travel to the Stade du Roudourou to face Guingamp. The home side have responded well after losing to PSG in the Trophee des Champions and St Etienne in Week 1; they managed a 1-0 victory away at Lens last week and Jocelyn Gourvennec will be hoping to make it two wins in a row this weekend.

Marseille, meanwhile, are still searching for their first league win of the season and the first league victory of Marcelo Bielsa’s reign. The new man in charge has so far seen his team throw away a 3-1 lead to draw with Bastia in Week 1 and lose 2-0 at home to Montpellier the following Saturday. The Argentinean will no doubt be looking for an improvement, starting this weekend with victory away at Guingamp.

Lille will be looking to respond to their mid-week Champions League qualifier defeat to FC Porto with a victory over league opponents Lorient this weekend. With a trip to Portugal to contend with next week, Lille will be hoping this game turns out to be a comfortable victory, but Rene Girard’s team have struggled to score so far this season, netting just once in their two league matches.

Lorient, however, will be looking to create their second upset in the league this season. They managed to defeat Monaco 2-0 away from home in Week 1 and with Lille possibly concentrating more on Europe right now than Ligue 1, Sylvain Ripoll will be hoping for another result similar to that achieved at the Stade Louis II.

Bastia take on Toulouse at the Stade Armand Cesari with Claude Makelele searching for his first league win as a manager. Makelele will be looking for his team to respond to last week’s unsavoury events with actions on the pitch (rather than in the tunnel), in a game that Bastia fans hope will result in some much needed positive headlines for the club.

Toulouse head into this match on the back of an impressive 2-1 win against Lyon last weekend and manager Alain Casanova will be looking for a repeat of that performance rather than the one from the campaign’s opening fixture which saw Toulouse go down 3-2 at Nice.

Nice welcome Bordeaux to the Allianz Riviera with both sides looking to maintain their impressive starts to the season. The home side defeated Toulouse on the opening day and held Lorient to a goalless draw at the Stade du Moustoir last week, but face a tough task this weekend against a Bordeaux side with a 100% record.

Willy Sagnol has overseen a 1-0 win away at Montpellier as well as last week’s surprise 4-1 victory over last season’s runners up Monaco. He will be hoping the spectacular start to his Ligue 1 managerial career continues with all three points this weekend against Les Aiglons and that his team maintain their position at the summit of the league table.

Newly-promoted Metz travel to the Stade de la Mosson on Saturday to take on Montpellier. The hosts responded positively to their opening day defeat against Bordeaux by winning 2-0 away at Marseille last week and manager Rolland Courbis will be looking for his side to produce a similarly good result in front of an expectant home crowd this weekend.

Metz, meanwhile, have drawn both of their matches since returning to the top flight, impressively holding Lille to a 0-0 draw on the opening day before sharing the points with Nantes after a 1-1 scoreline at home last week. Albert Cartier will be hoping his side’s first win of the campaign comes sooner rather than later, but Montpellier will be favourites heading into this match.

Caen are the visitors to the Stade Auguste Delaune this week as they take on 16th placed Reims. The hosts have had a tough start to the season with opening matches against PSG and St Etienne, but manager Jean-Luc Vasseur will be looking for his side to record their first league win of 2014/15 at home against newly-promoted side Caen.

Caen, however, have been impressive so far this season, comfortably defeating Evian 3-0 away on the opening day before only narrowly losing 1-0 against Lille last week. Patrice Garande will be hoping that his side’s good performances continue this weekend with a victory over Reims.

Sunday’s matches start with Lyon taking on Lens at the Stade de Gerland. This match is sandwiched in between the two legs of Lyon’s Europa League qualifier against Romanian side Astra Giurgiu and after losing the home tie 2-1, Hubert Fournier will be looking for his side to get back on track with a victory in the league this weekend.

Lens, though, will be looking to put their own season on track after losing their both of their first two games back in the top flight. Last season’s Ligue 2 runners up lost 1-0 away at Nantes on the opening day before submitting at home to Guingamp last week by the same scoreline. This will be a tough match for Antoine Kombouare’s men, but with Lyon focussing on European commitments, this may be the ideal time for Lens to face them.

St Etienne will look to extend their perfect start to the season when they welcome Rennes to the Stade Geoffroy-Guichard on Sunday afternoon. Les Verts have so far despatched of Guingamp and Reims in Ligue 1 and have the exact same record as league leaders Bordeaux. The hosts will undoubtedly be favourites heading into this match and manager Christophe Galtier will also be expecting nothing less than all three points.

Rennes, though, will be full of confidence after last week’s 6-2 trouncing of Evian. St Etienne will provide a much harder task than their previous opponents, but if they play as well as they did last week, manager Philippe Montanier will be hopeful that his side may just be able to nick something from this match.

The final game of the weekend sees Nantes host Monaco at the Stade de la Beaujoire. The home side have made a decent start to the season, taking four points from a possible six after defeating Lens on the opening day and drawing 1-1 to Metz last week. With Monaco being in poor form at the moment, Michel Der Zakarian will be hoping his men take full advantage and snatch all three points from this game.

Monaco boss Leonardo Jardim is under huge pressure to get a result this weekend. Two losses in Monaco’s first two games have left them second from bottom in the league and six points off the top of the table already. Last week’s 4-1 defeat to Bordeaux showed just how vulnerable Jardim’s side are right now and he will be desperate to turn things around with a victory in this match.

Why AS Monaco should not be written off too soon