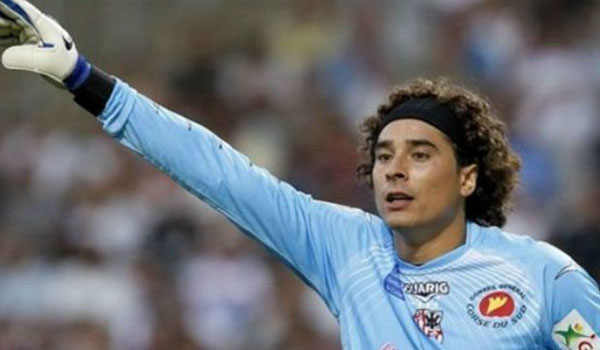 St Etienne host Coupe de France finalists Rennes at the Stade Geoffroy-Guichard on Friday. The home side have lost ground to Lille in the race for third in recent weeks and are now only two points above rivals Lyon in the table. Two draws in their last two league games have cost St Etienne and they will be looking to get back to winning ways at home against Rennes.

The visitors may have a cup final against Guingamp to look forward to but first they must return to league action, where they sit eight points clear of the relegation zone. It would take quite a bad run of results in order to relegate Rennes now, but manager Philippe Montanier won’t be resting easy until they are mathematically safe.

– St Etienne are looking to finish above Lyon in the league for the first time since 1993.

– They are unbeaten in their last eight home league games.

– Rennes have yet to win an away league game this season in which they have conceded first.

– They have won two of their last seven league games.

– In the reverse fixture in Week 16, Rennes were 3-1 winners at the Stade de la Route de Lorient.

Monaco will look to put their cup competition disappointment behind them as they return to Ligue 1 action at home against Nice on Sunday. The home side were surprisingly denied a place in the final of the Coupe de France by Guingamp on Wednesday and Claudio Ranieri’s men will need to avoid another loss this weekend if they are to deny PSG the chance to retain their championship for at least another week.

Nice sit a comfortable eight points above the bottom three and have no real fears of being dragged into the relegation battle during the final weeks of the season. They will, however, be looking to end a four game winless run which has seen them drop from 10th to 13th in the table.

– Monaco have not been lower than fourth in the table all season.

– They have lost just once at home in the league this season; 2-1 to Valenciennes.

– Nice have won just two of their last 10 league games.

– They have yet to win an away league game this season in which they have conceded the first goal, losing 10 and drawing one.

– In the reverse fixture in Week 16, Monaco won 3-0 at the Allianz Riviera.

Reims will be looking to get back to winning ways when they welcome relegation threatened Sochaux to the Stade Auguste Delaune. The home side have been on a bad run of form recently and even though Hubert Fournier’s men don’t have anything left to play for in the league this season, they will want to end the season on a high.

Sochaux meanwhile, pulled themselves one step closer to safety last week, overhauling Valenciennes into 18th position. They are now just five points behind Guingamp with five games to go and safety looks like it could be a possible after all for Herve Renard’s side.

– Reims are on a six game winless run in the league, losing three and drawing three.

– They have yet to lose a home league game this season in which they have scored first.

– Despite their position in the table, Sochaux have lost just two of their last nine league games.

– They have been stuck in the relegation zone since Week 3.

– In the reverse fixture in Week 16, Reims won 2-0 away at the Stade Auguste Bonal.

Valenciennes take on Nantes at the Stade du Hainaut on Sunday, as they look to move themselves closer to 17th placed Guingamp. The home side fell to 19th position last week, due to their loss at Lille and Sochaux’s win over Toulouse. However, Ariel Jacobs’ side still do have a chance of escaping relegation; they are six points from safety with five games to go.

Nantes will be looking to end the season on a high note and put together back-to-back wins after last week’s victory over Guingamp. Manager Michel Der Zakarian will now be challenging his players to finish in the top half of the table, as they sit just one point behind 10th placed Lorient.

– Valenciennes have lost three of their last four league games, drawing the other.

– They have been unable to escape the relegation zone ever since they fell into it in Week 5.

– Nantes have lost every away league game this season in which they have conceded first.

– They also haven’t won any of their last seven games on the road in Ligue 1.

– In the reverse fixture in Week 16, Nantes won 2-1 at the Stade de la Beaujoire.

Bordeaux welcome a jubilant Guingamp side to the Stade Chaban-Delmas on Sunday afternoon. The hosts will be looking to get back to winning ways in the league and bring the visitors back down to earth after they reached the Coupe de France final in midweek, beating Monaco in the process.

But although they have a cup final to look forward to, the league table doesn’t make comfortable reading for Guingamp fans. They slipped to 17th last weekend and now sit just five points above Sochaux. Jocelyn Gourvennec will be hoping his side can concentrate on the league for the time being and put some distance between themselves and the bottom three over the coming weeks.

– Bordeaux are on a seven game winless streak in the league.

– They have drawn all of their last five league matches.

– Guingamp have lost all of their previous four league games.

– They have fallen from a comfortable 13th position, all the way down to 17th in the table in the process.

– In the reverse fixture in Week 16, Bordeaux managed a 1-0 victory away at the Stade du Roudourou.

Bastia take on bottom-of-the-table side Ajaccio at the Stade Armand Cesari. The home side are safe in mid-table and have no chance of being relegated or reaching Europe, but Frederic Hantz will still be expecting a win from his side on Sunday afternoon.

Ajaccio know that they stand no hope of saving themselves and will be looking to bow out of Ligue 1 in the best possible style; by winning a couple of games in the last few weeks of the season. If Guingamp gain just one point against Bordeaux, then Ajaccio’s relegation will be comfirmed this weekend no matter the outcome of this match.

– Bastia have won just one of their last nine league matches.

– They have lost just four times in the league at the Stade Armand Cesari this season.

– Ajaccio have been bottom of Ligue 1 since Week 19.

– They have won just one away league game all season; 3-2 at Valenciennes.

– In the reverse fixture in Week 16, Ajaccio held Bastia to a 1-1 draw at the Stade Francois Coty.

Lorient welcome Montpellier to the Stade du Moustoir for a match where both teams will be looking to win in order to increase their chances of a top half finish come the end of the season. The hosts are three points and five places better off than their opponents in the highly congested middle of the table.

A top half finish therefore remains a distinct possibility for Rolland Courbis’ men, but they will first have to improve their form, as they have won just one of their last seven league matches. They also have PSG and St Etienne still to face in the final few weeks of the season.

– Lorient will be looking to win consecutive league games for only the second time this season.

– They are unbeaten in their last three league games, winning one and drawing two.

– Since winning just one of their last seven league games, Lorient have dropped from 11th to 15th in the table.

– They have also yet to win an away league game this season after falling behind in the match.

Marseille clash with Lille at the Stade Velodrome on Sunday evening as both sides look to secure their place in European competition for next season. Marseille are hoping to salvage a disappionting season by grabbing a Europa League spot; they are five poiints behind fourth placed St Etienne coming into the weekend.

Meanwhile, Lille are looking to move further away from St Etienne and cement their third place position in the table, which will see them qualify for the Champions League next season. They don’t have a particularly good record away to sides in the top half of the table and they will be hoping to amend that with a crucial victory at Marseille this weekend.

– Marseille have not fallen below sixth in the table all season.

– They are looking to win a third consecutive league game for the third time this season.

– Lille are unbeaten in their last 10 league games, winning six and drawing the other four.

– They have won all five away league games this season in which they have scored the first goal.

– In the reverse fixture in Week 16, Lille came out 1-0 winners at the Stade Pierre-Mauroy.

Week 34’s action continues on Wednesday as PSG host Evian at the Parc des Princes. PSG may be able to wrap up the league here with a victory, but only if Monaco were to have suffered an unlikely loss to Nice on Sunday. However, it is only a matter of time before the current champions retain their championship, even despite last week’s loss to Lyon.

Evian will be hoping they can repeat their feat from earlier in the season and surprisingly defeat the champions again in order to move further clear of the relegation zone. Last week’s win over Bastia moved them up to 16th in the table, where they are now eight points clear of the bottom three with five games remaining.

– PSG’s loss to Lyon last week was only their second league defeat of the season, the first was away to Evian in December.

– However, they still remain unbeaten at the Parc des Princes, where they have won 13 and drawn three of their 16 league home games so far this season.

– Evian haven’t won any of their league away games this season in which they have conceded first.

– They are, however, unbeaten in their last four league games.

– In the reverse fixture in Week 16, Evian surprised everyone by winning 2-0 at the Parc des Sports.

Toulouse take on a Lyon side who remain firmly in the hunt for European qualification at the Stadium Municipal on Wednesday evening. The home side don’t have much to play for during the rest of the season and will now be looking to consolidate their top-half position by picking up a couple more wins before the end of the campaign.

Lyon though, sit just two points behind fourth placed St Etienne and are therefore hoping to overtake them into the league’s Europa League qualifying spot. Remi Garde’s side have been in good form of late, rising from 12th to fifth in the league since the turn of the year. They will be hoping that all their hard work will be rewared come the end of the campaign.

– After previously winning three league games in a row, Toulouse are now on a four game winless streak.

– They have yet to lose a home league game this season in which they scored the first goal.

– Lyon have lost just three of their last 18 league matches.

– They have won their last three league away games; at Bordeaux, Guingamp and Valenciennes.

– In the reverse fixture in Week 16, Toulouse held Lyon to a 1-1 draw at the Stade de Gerland.

Nicolas Anelka: What next for football’s ‘enfant terrible’?