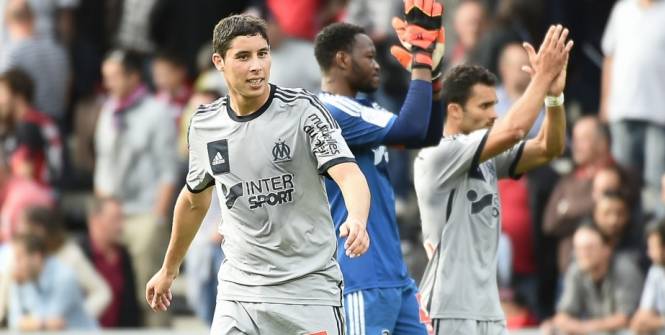 Week four is here of what is already turning into an explosive season of Ligue 1 action. No company this weekend whilst watching the games? No problem. Your companion for the weekend is just below.

This week’s action starts on Friday evening as Marseille welcome Nice to the Stade Velodrome. Marcelo Bielsa saw his team pick up their first league win of the campaign last week against Guingamp. However, after a draw and defeat from their first two games, he will still be expecting more from his players, starting with a win over their Mediterranean rivals this weekend.

Nice, meanwhile, started the season off brightly, gaining four points from their opening two games, but lost their first match of the season last week against Bordeaux. Manager Claude Puel will be looking for his team to respond positively to that defeat, especially in a derby fixture in which they won both home and away last season.

Saturday’s football starts with a match between two of Ligue 1’s top teams as Monaco take on Lille. The hosts finally got their season on track last week thanks to 1-0 victory over Nantes and they will need to keep on winning in the coming weeks if they are to catch up with the likes of Bordeaux, St Etienne and this week’s opponents Lille at the top of the table.

Lille, though, will travel to the Stade Louis II on the back of losing their Champions League qualifier against FC Porto in midweek. Coach Rene Girard will be hoping his team can put their disappointment to one side and continue what has been a successful start to their league campaign. His side are undefeated with two wins and a draw and are yet to concede a league goal this season.

Lens will be looking to make it two wins on the bounce as they welcome Reims to the Stade de la Licorne. The hosts recorded their first league win of the campaign last week as they pulled off a shock 1-0 victory away to Lyon and manager Antoine Kombouare will be hoping their momentum continues into this fixture.

Reims, meanwhile, are still searching for their first league win after suffering a draw and two losses in their opening three games. They have, however, had to face tough opponents such as champions PSG and St Etienne, so unlike in those games, manager Jean-Luc Vasseur will certainly see this match as one his team could possibly take points from.

Bottom-of-the-league Evian travel to the Stadium Municipal on Saturday to face Toulouse. The hosts have had a mixed start to the season; beating Lyon 2-1 at home in between losses away to Nice and Bastia. However, Alain Casanova will certainly be hoping his team to take all three points here against struggling Evian.

The visitors lost their opening two matches of the season, including a 6-2 thrashing away to Rennes, but they did manage to hold champions PSG to a highly creditable goalless draw last week. Pascal Dupraz will be hoping that result could kick start his team’s season as they continue their search for their first win of the league campaign.

Rennes travel to the MMArena to take on early season surprise package Caen. The home side have won two of their first three games back in Ligue 1 and only narrowly lost out to Lille in Week 2. They are currently sitting in the top four of the table and manager Patrice Garande will be hoping his side can stay there for at least another week with a win over Rennes.

The visitors, meanwhile, have had an inconsistent start to the season, trashing Evian 6-2, drawing 0-0 with St Etienne and losing away to Lyon. Philippe Montanier will be looking for his side to string a couple of wins together and get on a run of form, starting with taking all three points from this fixture this weekend.

Nantes take on Montpellier at the Stade de la Beaujoire this weekend. The hosts have had a mixed campaign so far after one win, one draw and one loss in their opening three games. Manager Michel Der Zakarian will be aiming for his side to return to winning ways this weekend, especially with a tough looking trip away to Lille up next.

Montpellier have responded well since their opening day defeat to Bordeaux by taking maximum points from games against Marseille and Metz. They currently sit fifth in Ligue 1 and manager Rolland Courbis will be hoping his side’s form continues this weekend against Nantes.

Lorient welcome Guingamp to the Stade du Moustoir as they look to kick start their season after a tough start. The hosts have had to face both Monaco and Lille in their first three games and although they did manage to beat last season’s runner’s up on the opening weekend, all their hard work was undone by failing to beat Nice the next week. A 2-0 loss to Lille last week meant that Lorient fell to 12th in the table, but manager Sylvain Ripoll will be expecting his side to take all three points against Guingamp.

The visitors have also had a tough start to their league campaign, losing to both St Etienne and Marseille. They did, however, manage a 1-0 victory away to Lens and manager Jocelyn Gourvennec will be hoping for a similarly positive result on the road this weekend.

Sunday’s action starts with early season league leaders Bordeaux welcome Bastia to the Stade Chaban-Delmas. The hosts have enjoyed a 100% start to their league campaign so far with wins over Montpellier, Monaco and Nice and manager Willy Sagnol will be hoping that his dream start to life as a manager continues this weekend at home against Bastia.

Fellow newcomer Claude Makelele hasn’t been quite so successful, but he did manage to record his first win as manager last week thanks to a 1-0 victory at home to Toulouse. However, his side face a tough task away to Bordeaux and Makelele will be happy if his team come away from this fixture with anything at all.

Metz welcome to the Stade Saint-Symphorien a Lyon side who are looking to get their season back on track. The hosts are still looking for their first league win since returning to the top tier, after drawing their first two games and then losing to Montpellier last week.

Lyon, meanwhile, have suffered a disastrous run of results ever since their opening weekend win over Rennes. They have lost to both Toulouse and Lens in domestic action and failed to qualify for the Europa League group stages after crashing out on away goals to Romanian side Astra Giurgiu on Thursday. Manager Hubert Fournier will now desperately be hoping his side can respond and put their league form back on track, starting with a win this weekend away to Metz.

The final game of the weekend sees champions PSG take on St Etienne at the Parc des Princes. The hosts have started the season slowly, taking just five points from a possible nine after drawing with both Reims and Evian. St Etienne will certainly be the toughest challenge that PSG have faced so far this season and manager Laurent Blanc will be hoping his side can win here and start the kind of winning run they managed so often last season.

St Etienne may feel the effects of their Europa League campaign this weekend, after going all the way to penalties during Thursday’s successful Europa League qualifier against Turkish side Karabukspor. The visitors have taken seven points from a possible nine in the league so far, but a tough match against PSG has only been made tougher thanks to their European commitments. A draw will be considered an excellent result for St Etienne.