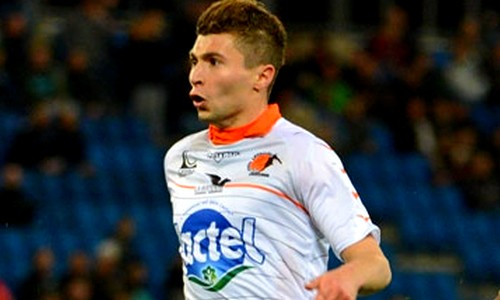 The end is neigh. Another Ligue 2 season is nearly complete, but there is still so much to be decided, writes Simon Scutt:

Friday’s most surprising result and indeed scoreline came at Troyes when Creteil achieved a three nil win over Troyes. Stopping a typically high-scoring Troyes side from finding the net at home is an impressive display. The result should all but put aside any lingering worries of relegation for Creteil as they have now accrued 42 points and theoretically should secure their position in Ligue 2 for next season.

Clermont played promotion-chasing Angers on Friday with not a whole lot to play for but they put in a good display that merited their point. They kept Angers at bay for most of the game, it was only the deft finish of Yattara that beat the Clermont defence. The match saw both sides reduced to ten men by the end. Angers are flagging perhaps tiredness and cup fatigue has taken its toll on them.

Le Havre took another step towards winning one Ligue 2’s less heralded awards; the team with the most draws. Their result on Friday against Tours saw them claim their 15th of the season, they managed to secure the draw even after being two Mikael Le Bihan goals up at half time. The Tours’ talisman Andy Delort helped Le Havre to collect this further draw with a brace of his own.

Caen played Auxerre, a team with a single away win to their name all season. On paper a straight forward situation for Caen, yet there are no such things at this stage in the season when one is chasing promotion. They had to be one their guard from Auxerre who came close on a number of occasions. Yet, the Caen defence did their jobs effectively and Caen made it home with a one nil win.

Mission impossible? Laval looked as good as relegated not too long ago, now they look like they really could stay up. They took a point from Arles-Avignon, no mean feat, given Arles’ impressive home record. This relegation battle is ever so tight, so any points will come in useful for the sides involved.

Metz are edging closer and closer to Ligue 1 each victory at a time. Four points from a remaning fifteen to play for will do it. They had almost the perfect fixture this week when basement club CA Bastia came to town. A one nil victory may not be the scoreline the table would suggest but at this stage of the season nerves can come into play and ultimately it is just about getting over the line. Kevin Lejeune’s volley did the job for Metz on the 67th minute.

Whenever two of the bottom three teams take each on in April, it is always likely to be something of an important match. Nimes took on Istres looking to secure the vital points needed to scrape out of the drop-zone and they did the job. The first half was jam packed full of chances, both goalkeepers were kept very busy neither side looked particularly comfortable and the respective league positions showed. Until the 67th minute when Vincent Gragnic powered home a header to secure the victory and keep their safety hopes alive.

Chateauroux are not safe yet; they could yet get sucked into the relegation mire. To that end, a draw against second placed Lens is not a bad result. They survived a fair amount of Lens pressure and they did well to only be a goal down. This is before a delightful Kinkela cross led to the equaliser and the points being shared.

Two of the 2014’s form teams played each other on firday when Niort entertained Brest. Both teams have managed to dramatically improve their respective positions. Yet all things must come to an end and Niort were beaten at Lens last week and were defeated again by a Brest team that has risen up the league making light of any relegation issues they had at the turn of the year. They opened the scoring with some lovely interplay between the Brest attackers. Niort have lost a bit of ground in the race for promotion they now lag a little bit behind the chasing pack.

Nancy are very much in the running for a swift return to the elite, they saw off the challenge of Dijon thanks to a brace from Benjamin Moukandjo. He opened the scoring after a half an hour before returning to score the winner in the 87th minute after some poor defending had let Dijon equalise. Nancy are looking to Caen to slip up in  their game in hand, whilst hoping their end of season forms carries them into third.

Caen are doing what they need to do at the moment. Last year, this sort of game would have finished goal-less and Caen would not take the points required. This season they have developed a good sense of efficiency, thanks in no small part to Duhamel. His goals look to be firing his side up the league and back into Ligue 1. This was his nineteenth goal of the season a terrific return for a striker.