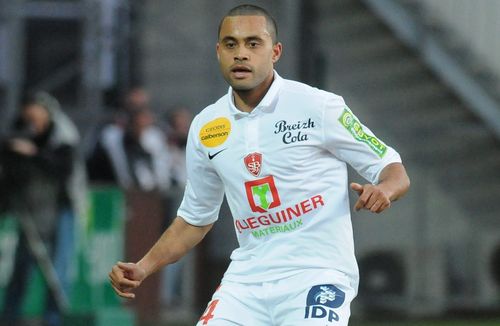 Lens vs Nancy on Friday night was arguably the pick of weeks fixtures it was played out infront of a full house at the Felix Bolleart over 40,000 fans packed the stadium to witness a match between two of the teams chasing promotion. Lens have stuttered at times in front of their own fans and could have potentially had promotion sealed up already but for a number of frustrating draws. Again they appeared to have stage fright as Nancy flew at them from the start. If it weren’t for some impressive work from on-loan keeper Areola Nancy would have scored a lot more than their solitary goal.

Well, what more is there to say? They’ve done it. Promotion for Metz was made official on the weekend. They have been top of the league since week 12 and this victory was their 20th of the season. This marks a double promotion for Metz who were playing in National last year who will now be gracing Ligue 1 from august. A resounding three nil win of an Auxere side in real trouble, defender Bussman scored his fourth of the season when he opened the scoring.

Troyes beat Tours 2-1 away from home on Friday night thanks to a 85th minute winner from central defender Mattieu Saunier. This puts him as the joint highest goal-scoring defender in the division.A come from behind victory to carry on Troyes’ inconsistency this season. Both sides harboured hope not too long ago about making a serious promotion bid but have fallen away at the worst moment.

Goalscoring has not been one of Dijon fortes this season, prior to this atomisation of Nimes they were in the bottom half of the attacking table. So it is of great help when your central defender leaps up and powers a header home from a corner making it two nil and making the early attacking pressure tell. That is exactly what Diallo did for his side on Friday, capping a thumping win and good all-round performance.

Chateauroux went to Istres with just a single away win to their name all season. They potentially could save themselves from any relegation worries with a victory. However they played an Istres side fighting for their Ligue 2 status and threw everything at Chateauroux. In the end Chateauroux did well to frustrate and nullify the attacking threat. A nil-nil that helps Chateauroux slightly more than Istres.

Nancy went into a hostile atmosphere in front of over 40,000 fans at Lens’ Bolleart aiming to pull off a remarkable coup. They are two points off Caen on the podium and will hope things go in their favour in order to take that third promotion spot. Jeff Louis has been a real star for ASNL netting 12 goals and many of them spectacular ones. He got the equaliser for Nancy as they secured a draw away from home.

Dijon went into this match with relegation-dogged Nimes on the back of a nine match winless streak. However this lack of form did not show as Dijon flew into Nimes with enormous fervour. The whole game had countless chances and Dijon look irrepressible in their performance. Amalfitano’s opening goal was his first for the club and he chalked up an assist soon after. He looked like the fulcrum of the Dijon attacking unit in a very impressive display.  The result keeps Nimes right in trouble at the bottom.

A mid-table clash took place between two sides without all that much to play for. But for Creteil mid-table is a terrific achievement. They defeated Le Havre with two goals coming at the end of each half. The first was a thunderous strike from former Le Havre man Lessage. The defeat was Le Havre’s fifth away from home.

The difference between success and failure lies often in the of smallest margins, such as a 91st minute winner after conceding a 89th minute equaliser. This is exactly what Caen winger Kodjia did for his team at Angers on Monday night. Caen are edging slowly towards a return to Ligue 1, even without their potential game in hand*. They took a two point lead of Nancy in fourth with this win over Angers who must be wondering how they let their promotion bid slip.

It was certainly an all action opening ten minutes at Laval on Friday. The home side took the lead after 3 minutes before conceding a penalty and furthermore were reduced to ten men. The penalty was the first of Sala’s three goals for Niort in the match.  The on-loan Bordeaux striker has enjoyed a prolific season with 16 goals. Niort are fifth now still challenging for a remarkable promotion, they are three points off Caen in fourth.

What a resurgence is going on in Brittany, Brest were in the relegation zone now they are up to the lofty heights of seventh. What looked like being a disaster of a season has been given some added respectability.  Alexandre Alphonse scored their first goal against Clermont and it was a fantastic effort. Played in by some neat short-pass interplay he found the net from the tightest of angles. Brest would go on to win two nil and continue their impressive form.

*Caen may or may not have a game in hand over the other teams depending on an appeal regarding the Caen/Nimes match that did not take place on the 14th March. The plane with the Nimes team aboard was forced to land before reaching Caen thus Caen were awarded the match as a forfeit. Nimes subsequently appealed and both sides await the result of that appeal. The game may be replayed or Caen may simply be awarded the points which would give them a sizeable lead in the promotion race whilst may consign Nimes to relegation. A decision will be made on the 5th May.