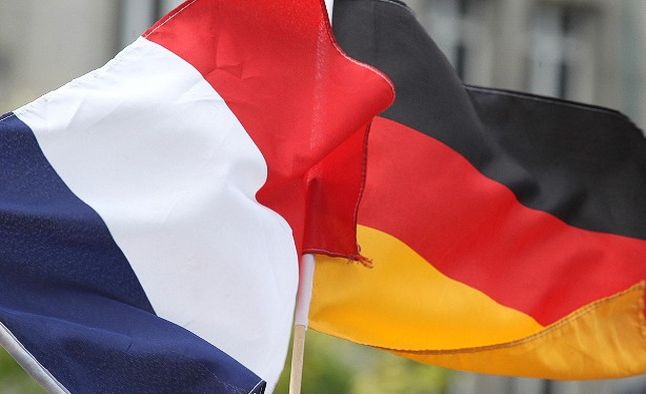 FT: France 0-1 Germany. Football is the loser this afternoon here in the Maracana. We watched an abject performance from Germany, who, as soon as they went ahead, refused to play football. Karim Benzema was not in the mood to go for it, but there have been so many fantastic signs for Euro 2016. I hope there will be a more positive outlook on French football for the next two years leading up to the tournament. Tough, but Deschamps has done a fantastic job thus far.

18:49 GMT: 4 minutes of additionals for France to stain the World Cup.

18:45 GMT: A pitiful display from France today, bereft of ideas going forward. End of the road it seems.

18:40 GMT: Delivery is cleared away by Hummels, corner. Taken by Neuer. Lovely counter attack from Germany, but Schurrle’s attempt is saved by Lloris.

18:39 GMT: A real sense of going for it now for France. Evra wins a free kick but Schweinsteiger was booked earlier for an horrific challenge on Griezmann.

18:36 GMT: Here come Les Bleus: chances for Benzema and then Matuidi and the pace of the play has picked up again. Benzema was a little greedy and should have left the ball to Valbuena who had a better angle to shoot from.

18:32 GMT: Loic Remy on, Yohan Cabaye off. Schurrle chance down the right is saved by Lloris.

18:30 GMT: Mamadou Sakho off, with an injury, Laurent Koscielny on.

18:28 GMT: Muller picks up on a loose Sakho pass and his shot whooshes wide, Les Bleus look lifeless and Deschamps must throw somebody on now.

18:23 GMT: Still waiting for a clear cut opportunity. France have another corner but it is overhit by Valbuena. Rather dull viewing thus far.

18:21 GMT: A physical few minutes and Valbuena comes off a bit worse for wear. Under half an hour for France to find something special.

18:17 GMT: A bit of a quiet patch, France’s final ball is very much lacking since the initial surge at the beginning of the second half.

18:13 GMT: Yellow card for Khedira after he bundles Griezmann down who was on a surging counter attacking run. Now Germany break with Muller who finds Schweinsteiger, but Kroos’s shot is skewed.

18:12 GMT: Lloris comes for the corner and a free kick is given to France.

18:11 GMT: Germany now playing on the counter attack and Cabaye cuts out a Kroos ball for a corner.

18:08 GMT: I’m told there was a penalty shout for Schweinsteiger on Griezmann, but doesn’t seem as if there was anything really concrete. France free kick won by Valbuena. Took it inventively quickly, but Evra missed it. Matuidi then over runs the ball and it is a German goal kick. Good start from France.

18:06 GMT: A bright start from France in this second half, but the move is eventually broken down by a Valbuena offside call.

18:04 GMT: We are ready for the second half here in the Maracana.

17:51 GMT: HT: France 0-1 Germany. One set piece, one goal. Benzema needs to produce the goods, and France need to have more belief and play their own game, with less complications. They can do it, but Deschamps has arguably his most important team talk ahead of him.

17:48 GMT: Good spell from France to finish off this rather daunting and miserable half. Hopefully they can take this into the second half. They really need to.

17:46 GMT: Karim Benzema with a chance for France and beats two German defenders before his shot meets the palms of Neuer.

17:45 GMT: Claims for a handball after another surging run down the left wing by Evra culminates in a Benzema opportunity.

17:43 GMT: Quite a lot of time wasted by Khedira recovering from being hit by the ball to his face. Really has broken up the game.

17:38 GMT: Can they pull themselves together here now and put a bit more life into this. Free kick Germany as Muller is pulled back by Cabaye. Wrong call.

17:36 GMT: CHANCE FOR FRANCE! Griezmann beats the last man a lovely direct cross to Valbuena who then shoots and Neuer scrambles it away for a corner and France have another after a blocked Benzema shot.

17:34 GMT: Tough to see where France are going to find the confidence to play to their own strengths. A few corners latter and Germany get the ball back with Muller who then cries foul, who seems to have divided again.

17:31 GMT: Everything is really overthought by the French today. Every ball, it is all way too calculated and by that time that the player has made the decision, Germany can intercept. German free-kick after an Evra challenge was forced by poor Varane defending. Sakho puts out the delivery for a corner.

17:30 GMT: Under half an hour gone and Germany are very untroubled thus far. Got their goal, playing more complete football, finding more space on the pitch.

17:28 GMT: Incredible defending by Evra after he shields Muller off a through ball so that Lloris can collect. A really poor intensity from France thus far. Almost scared of making a mistake.

17:26 GMT: Penalty shout from Miroslav Klose but it looks like a proper dive as Debuchy tussles with him.

17:23 GMT: A real struggle this for France. They have yet to have a tough game this World Cup and they are just getting over the experience right now. Not ideal to say the least.

17:19 GMT: German experience showing at the moment. France have not yet been able to find their feet. Everything is a little cagey from Les Bleus at the moment.

17:17 GMT: Good reply from France, surging run from Pogba down the right hand side, but Howedes deals with the trouble.

17:15 GMT: Advantage Germany. A free-kick comes in from Kroos and Varane is beaten by Hummels who heads home in emphatic style. Very difficult skill. This is the first time that France have been behind in this World Cup.

17:13 GMT: Lovely play from Benzema and then Valbuena, and then another great chance for Griezmann! I tell you what it has been an absolutely action packed first ten minutes here in the Maracana. Griezmann broke free and probably should have put a better cross in.

17:12 GMT: France have recovered, after initially being shut out completely by Germany. Game is now however more open.

17:10 GMT: CHANCE! Lovely, elegant play from France who build down the left with Evra and the Griezmann. Benzema’s eventual shot is just wide.

17:07 GMT: Patrice Evra takes down Thomas Muller and Germany consequently waste their first free kick. Then Sakho has to intercept a ball through from Klose. Germany have started with real intent.

17:05 GMT: Germany in total control in these first few minutes, Varane has been called into action several times already, but to good effect.

17:04 GMT: Germany starting better and have the ball in there midfield. Les Bleus yet to string some passes together.

17:01 GMT: A real FIFA anti-discrimination promo before this game and it is delaying proceedings a bit here. Some banner is photographed after the anthems.

16:54 GMT: The teams are walking out, today’s referee is from Argentina. The sun is glistening. We are excited, and we hope that you are too. France unbeaten in 8 games, Germany unbeaten in 16.

16:51 GMT: Both sets of players are lining up, some pleasantries between the players from both sides exchanged. A lot of players in those 22 have played with each other regularly at some point during their career’s.

16:47 GMT: Just over ten minutes to go. The Maracana, in all its glory, is filling up, music blaring, could today be the beginning of a new era for France and the end of an old one for Germany?

16:40 GMT: Germany are still warming up with under 20 minutes to go, France heading in. Nothing really all that interesting coming from the warmup. Griezmann laughing a little with Pogba. Otherwise, it is 100% focus.

16:39 GMT: Weather conditions are not bad and should probably if anything favour France. 70% humidity, 22 degrees Celsius.

16:34 GMT: Predictions for this massive encounter?

16:21 GMT: There hasn’t been a single French football pundit that I have spoken to this week who has really stuck their neck out. The general consensus is “50-50”, whatever that really means. Some statistics for you to chew on…

16:18 GMT: Les Bleus keep their shape, with Mamadou Sakho returning from injury as France’s vice captain to replace Laurent Koscielny. Mathieu Debuchy and Patrice Evra, who have been the weak point of the France set up in terms of defence recently, will have to ensure they do not bomb forward as frequently as normal.

16:14 GMT: Fun time is over. France were expected to make the Quarter Finals and this is really where they may meet their maker. Germany, who have consistently underperformed thus far, manage to find themselves in the last 8. Their lineup is certainly changed: Lahm steps out of that uncomfortably manufactured defensive midfield role that Pep Guardiola first introduced him to at the beginning of the 2013/2014 campaign and slots in at right-back to contend with Antoine Griezmann, who is favoured over Olivier Giroud. The defensive slowcoach that is Per Mertesacker has been dropped and Boateng comes into the centre of the defence, with Höwedes remaining as a full-back. Mats Hummels completes the defensive lineup. The German midfield trio of Khedira and Schwensteiger is deceptively defensive, with Toni Kroos sitting just in front of them. Götze is dropped and Klose comes in. The name gives me shudders. A legend, a proven goalscorer, but there must have been a reason why he hasn’t started yet this World Cup…right?

16:08 GMT: Hello and welcome to our coverage of France’s World Cup Quarter-Final match up with Germany. Team news to come.