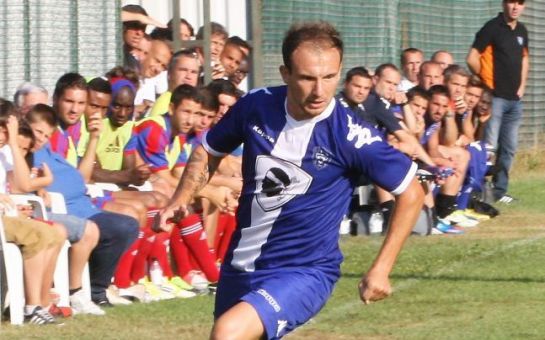 Get French Football News reported yesterday that Ludovic Genest had mutually terminated his contract with SC Bastia and signed for Ligue 2 side Creteil. Genest has spent almost all of his career playing at Ligue 2 level, so it is perhaps not a surprise that he returned after being benched at Bastia for most of the season.

Before the beginning of this current season, Genest had spent 5 consecutive seasons in Ligue 2, with Istres, Stade Laval and Bastia themselves. When he finally made the leap up to Ligue 1 as Bastia got promoted, some thought that it was his chance to finally establish himself as a Ligue 1 centre back. This, however, was not to be the case. He has only made 2 appearances in Ligue 1 this season, and clearly had had enough of sitting on the bench.

Creteil will be delighted to have signed someone with the experience of Genest. He has a wealth of experience at Ligue 2 level, having played there in 5 consecutive seasons, and now even has the added experience of being promoted from Ligue 2 to Ligue 1 with Bastia, something which will invariably be important for him and Creteil. With Creteil currently in 14th, just 7 points off relegation, it is perhaps premature to talk about promotion. What is clear, though, is that they are signing, for free, a player who could turn out to define their coming seasons.