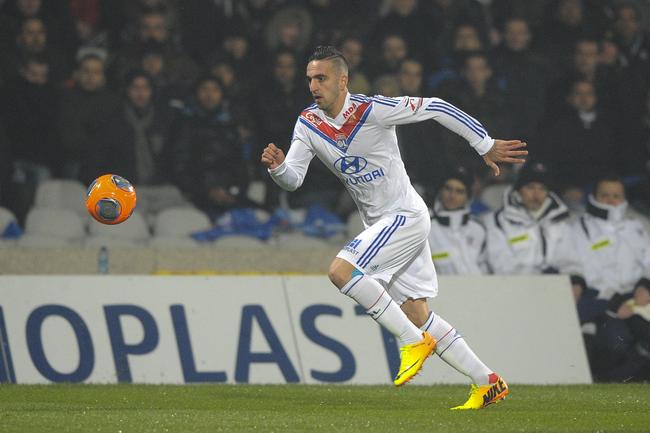 Get French Football News has learnt that Lyon have entered negotiations with Miguel Lopes’ representatives about the possibility of extending the right back’s loan deal with the club until the end of next season and also renegotiating the currently hefty €10m buy-out clause which was enclosed in the initial loan deal.

Get French Football News first learnt of Lyon President Jean Michel Aulas’ intentions at the beginning of last week and it is unclear whether or not the horrific injury Miguel Lopes suffered at the weekend vs Guingamp, a fracture of the tibia in his left leg, will impact any of the involved parties’ decision regarding the deal.

Miguel Lopes is very unlikely to be available for Portugal for the Brazil World Cup, evidencing the seriousness of this injury, and will therefore be looking for an appropriate place to recuperate long term. One would assume that he would perhaps prefer to do so back in Lisbon with his club Sporting, considering he admitted when he first arrived at Lyon last summer that he did not want to be in France in the first place.

However, as the months went by Miguel Lopes has developed a sort of appetite for Ligue 1 and was recently quoted saying that he is enjoying his experience in France. This would suggest that Les Gones’ can enter into these negotiations (provided they are still interested in extending the loan regardless of his serious injury) with a deal of hopefulness.

Miguel Lopes has divided Les Gones fans on whether they would like to see him at the Stade de Gerland for another season or not. Many dislike his rather bullish nature and his inconsistencies when it comes to playing accurate balls out of dangerous areas. Others welcome his propensity to bomb forward and provide another dimension to the attacking force. One thing is certain, his performances have convinced Lyon’s board enough for them to seriously consider the option of extending Lopes’ stay in France. Whether their efforts will be successful or not depends on Lopes’ personal feelings and if Sporting Lisbon feel he has a future for them in their starting XI. Miguel Lopes will not return to Lisbon unless he is guaranteed regular first team starts.

Do you have an opinion on Lyon’s on-loan right back Miguel Lopes? If so, let your feelings known in the comments below.