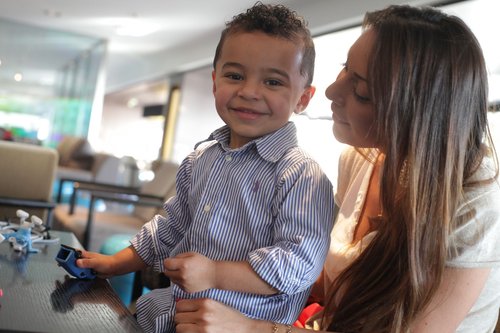 The TGI court in Marseille has ruled that Newcastle footballer and French international Loic Remy must take a paternity test to confirm or deny whether or not a toddler by the name of ‘Adriano’ is his son or not.

For over two years, Valentine Mini, a young student from Toulouse has been affirming that her son Adriano’s father is footballer Loic Remy.

The player has always denied the claims and Miss Mini had the following to say recently:

‘They dirtied my name, they tried to make me seem as a girl worth nothing, but all I wanted was that my son could take the name of his father. So that he never has to ask me who he actually is and where he has come from.’

‘It has never been a question of money and it never will be!’

There has been an extensive legal battle but throughout it neither party has ever changed their version of events.

The story began in Autumn of 2010 when Remy invited her to his villa in Cassis for the night and nothing was heard of again until November 2011 when Miss Mini announced that her son Adriano was Loic Remy’s also.

The player refused to see the child and his justice team refused to comment on the decision made by the court earlier this week.