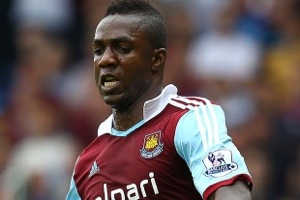 Get French Football News understands that West Ham striker Modibo Maiga will only be allowed to leave the club this January if the Premier League strugglers are able to bring in another forward in some capacity before the window shuts in 8 days time.

The former Sochaux forward has attracted interest from Turkey and has admitted that signing for West Ham was a mistake in the first place. The player has also been offered to several Ligue 1 clubs although this has been met by little enthusiasm from across the Channel.

More undoubtedly to follow as we enter into the final stages of a generally quiet transfer window.