Monaco vs PSG: The Stat Attack 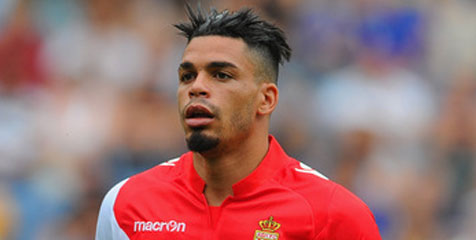 Later today, from 20:00 GMT, the top two sides in Ligue 1 go head to head in a match that could decide where the Ligue 1 trophy is heading in May. Monaco, who lie 2nd in the table, host champions PSG, who sit 5 points ahead of them at the top. For both sides, it is undoubtedly the most important game of their season so far. If Monaco can manage a win against their competitors, and cut PSG’s lead to just 2 points, the title race is well and truly back on. If, however, PSG were to take the three points back to the capital, they would extend their lead to 8 points, and Ranieri’s claims that PSG had ‘already won the league’ would not look so ridiculous after all.

For Monaco and their newly assembled squad, the visit of Champions and current Ligue 1 leaders PSG represents the biggest challenge of their season so far. The fact that they will have to confront it without their talisman, injured striker Radamel Falcao, makes their task even harder. However, in Emmanuel Riviere, Monaco still have their top goal scorer in their home matches available to them to face PSG. If they are to pull off the win they need, Riviere will have to be at his best, against a PSG defence that has the second best defensive record in the league.

PSG, on the other hand, can come into this game with a slightly more relaxed approach. They know that, if they do not win, a draw will still be a great result for them. They will maintain their 5 point lead at the top of the table and, with around two thirds of the season gone, would be strong favourites to retain their title they won last year. Also, unlike Monaco, their talisman, Zlatan Ibrahimovic is available as ever, and has a stunning 13 goals in his last 11 league games. The key for Monaco will be to try and stop the Swede, something they were unable to do in their previous game, in which Zlatan scored PSG’s only goal in a 1-1 draw.

However, one ‘weakness’ that Monaco will look to exploit are PSG’s full backs, who are considered as perhaps the one chink in the Parisian side’s armour. If Monaco’s attacking players, like James Rodriguez, can isolate themselves against Maxwell or Van der Wiel, Monaco will have much more luck than if they try to go through the middle, where the rock solid Alex and brilliant captain Thiago Silva lie in wait.

One thing we can say for sure, though, is that this will be a very close game. Sometimes, we can read too much into statistics, but when we compare the records of the two sides they are almost identical. Monaco average 1.73 goals per game at home, exactly the same figure as PSG average in their away matches. Monaco have 8 home wins, to PSG’s 7 away wins, while both sides have just the single loss, to Valenciennes and Evian respectively. In all respects, this looks like it will be a very tense, close match.

However, the statistics can also tell us something about how crucial the first goal is. As is often the case in matches of this calibre, the first goal will be absolutely critical. In the 8 home matches that Monaco have scored first, they have gone on to win every single one of them. However, when they have conceded first, they are yet to go on and win. PSG’s record is very similar. On their travels, when they have scored the opening goal, they have 5 wins from 5. However, when they conceded first, they only came back to win 33% of the time. Although the game may not come down to just the single goal, whoever scores first has a brilliant chance of going on to securing all 3 points.

At the end of the day, though, we can predict all we like. The 2013/14 Ligue 1 season has been so unpredictable that not much surprises us any more. After all, who would have predicted Nantes’ stunning start, or Evian’s incredible win against PSG, or even Montpellier’s 5-1 destruction of Lyon when they had just gone 5 games without a win. When the time comes, and the match kicks off, we should forget about all the pre-match hype, and just enjoy the best that our wonderful league has to offer us. It should be a treat.

Djibril Cissé and the story of the mysterious sextape