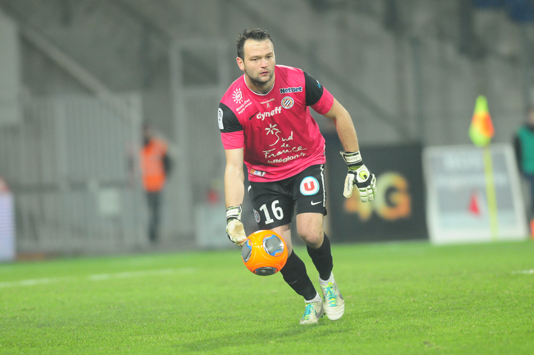 Montpellier goalkeeper Geoffrey Jourdren is at the centre of an embroiling storm after his wife Noemie posted that she wished France manager Didier Deschamps would die following her husband’s non-selection.

It is believed that the photo from below, a screenshot from the woman’s Facebook account, is in response to Jourdren not being called up to replace Stéphane Ruffier, who pulled out of France’s squad to face Armenia and Portugal with a toe injury. Rennes’ goalkeeper Benoit Costil was picked instead.

The post reads as follows: “Deschamp I hope that you die tomorrow.” 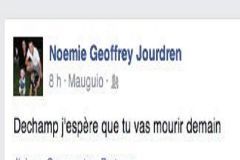