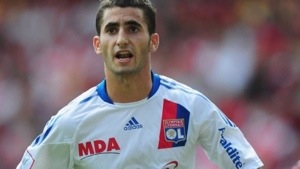 Sky Italia understand that Napoli representatives are fuming at Lyon President Jean Michel Aulas’ decision to take defensive midfielder Maxime Gonalons off the market this window after negotiations that have been ongoing for 2 months.

J-M Aulas claimed on RMC Sport this afternoon that he had received a €15m plus €2m bonus offer from Napoli for Maxime Gonalons but that he convinced the player yesterday to stay with OL until the end of the season. Whether or not these claims by Aulas are not just a set of new mind games is unclear at present.

Sky Italia understand that Jean Michel Aulas had asked for €13m for Gonalons initially and Napoli had already completely agreed a contract with the Serie A club and that he had been the Napoli’s first target this window for the January window.

More reports in Italy this evening suggesting that Napoli will move on to another Frenchman on the fringes of the French national team: Rubin Kazan’s Yann M’Vila.