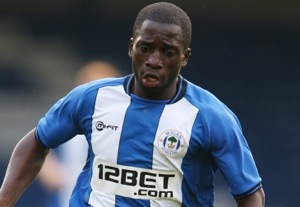 Sky Sports understand that French attacker Nouha Dicko has this evening agreed to sign a two and a half year contract with Wolves, leaving Wigan in the process for an undisclosed fee.

The player attended Wolves’ league game yesterday and the club’s manager Kenny Jackett had confirmed that a deal was being discussed on Saturday.

The player had been in high demand, with Bristol City alongside 5 other English clubs registering their interest in signing the player with Wigan in the past weeks.