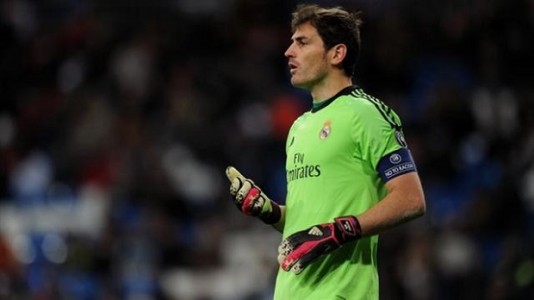 Our colleagues at France Football have today produced a document detailing the expected ins and outs for the summer transfer window in terms of France’s two richest clubs at present in the form of AS Monaco and PSG. We reveal it all:

France Football understand that AS Monaco are actively seeking to replace Claudio Ranieri at the end of the season. They believe that while Zinedine Zidane is not a realistic target, Massimilliano Allegri (Free) and Diego Simeone (Atletico Madrid) are and that Monaco will likely step up their pursuit of them in the coming weeks.

According to an agent with close ties to Monaco, the club wants ‘a young manager who already has results in continental competitions and capable of dealing with the personalities of big stars.’

Diego Simeone is expected to ask for less than Claudio Ranieri’s current wage of €3.5m a year (net).

Get French Football News has been informed that Monaco will only let go of Claudio Ranieri if they are assured of landing one of their top targets and if the conditions for ASM are right at the time. Currently, there is absolutely no definitive answer to Claudio Ranieri’s future.

France Football believe that AS Monaco even approached PSG manager Laurent Blanc this season, when it was unclear whether or not he would be handed a contract extension by ASM’s main Ligue 1 rivals.

Although Laurent Blanc is understood by the magazine to have received indications of interest from Manchester United and Inter Milan also, France Football are almost certain that the former French national team manager will be signing a contract extension until 2016.

Laurent Blanc confirmed in a press conference last week that he had been handed a contract extension offer by PSG President Nasser Al Khelaifi.

France Football are of the belief that PSG have full confidence in their current number one goalkeeper Salvatore Sirigu, although Get French Football News understands that the idea of Tottenham Hotspur’s Hugo Lloris does interest certain PSG representatives.

The magazine insists that multiple players in this position have been offered to PSG in the past months, none more notably than Real Madrid goalkeeper Iker Casillas who does not exclude the possibility of leaving the Spanish giants before his career is up.

France Football indicate that Iker Casillas has similarly been offered to AS Monaco and Manchester City, although the former club have had a pre-contract agreement in place with Barcelona goalkeeper Victor Valdes, as Get French Football News revealed several weeks ago.

This pre-contract agreement is however now in jeopardy after Valdes suffered a serious cruciate ligament injury. France Football believe that FC Barcelona have now offered Valdes a contract extension and that the player is now weighing up his options as he will not be fit to begin with any new club at the start of next season.

As a result of which, the magazine suggests that AS Monaco would be interested in loaning Iker Casillas for next season, should the opportunity arise.

Hugo Lloris has every intention of leaving Tottenham Hotspur this summer, should an offer from a top European side arrive. France Football believe that he is not against the idea of returning to the Côte D’Azur to play Champions League football next season and they go on to say that the asking price is likely to be between €15m to €20m, although Get French Football News understands it is more likely to be €25m.

The other goalkeeper that is mentioned in today’s publication is St Étienne’s goalkeeper Stéphane Ruffier who’s agents are believed to be currently actively trying to move him back to AS Monaco. St Étienne would be willing to sell, should a substantial offer be made.

Watch out for the following instalments of this article later today.