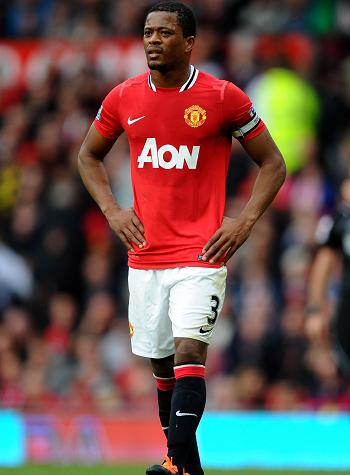 Here is the second part of today’s breakdown of the summer transfer windows that AS Monaco and PSG are likely to have:

France Football believe that Éric Abidal is coming to the end of his career. His contract expires at the end of the season, and although he is likely to extend by one year, it would merely be on a sort of advisory basis to the rest of the squad members rather than taking an actual part in the starting XI. The player is also reportedly considering the possibility of returning to FC Barcelona as some sort of ambassador.

The magazine believes that Monaco will look to replace Abidal with Laurent Koscielny, who is however in contract extension talks with Arsenal at the time of writing. The French international’s agent has been contacted by Bayern Munich and FC Barcelona in the past.

Another option that ASM are reportedly look at is that of Nicolas N’Koulou, who was in talks already last summer to join his former club from Marseille. Get French Football News however understands that there is greater interest in the Cameroonian outside of France.

AS Monaco have also been watching Eliaquim Mangala of FC Porto, but the Portuguese side are demanding between €45m-€55m for the player, who remains in advanced talks with Manchester City, we understand.

France Football believes that Patrice Evra is in talks to join AS Monaco at the end of the season when his current deal with Manchester United expires. Inter Milan are also interested in the player, but the Italian club is becoming weary of the rather aged squad they are currently compiling.

The magazine believes that Monaco are looking at the possibility of bringing in Toulouse FC’s right-back Serge Aurier, who would be available for around €10m this summer. However, Get French Football News understands that both the player and the club would prefer to move Aurier on outside of Ligue 1. Arsenal and Chelsea remain in preliminary talks with Aurier’s agent about bringing the player in during the summer.

PSG are also looking for a right back and remain in contact with Daniel Alves‘ agents about possibly bringing the player in the summer, but it certainly seems to be a long shot, especially with the supposed transfer embargo set to be placed upon FC Barcelona for the foreseeable future.

PSG centre back Alex has announced that he will sign a contract extension within the next two weeks. Christophe Jallet, who, according to France Football, is considered as surplus to requirements, will be allowed to terminate his contract if he so wishes, and move elsewhere, most probably in Ligue 1. The magazine cites Toulouse as the interested party.