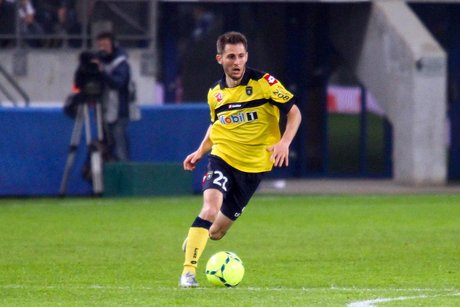 According to reports reaching us from the USA this evening, MLS side Philadelphia Union are in talks with Sochaux over the possible transfer of Vincent Nogueira.

The clubs and player had discussions on Saturday after Philadelphia had representatives present at Sochaux’s game against Lyon.

The Ligue 1 club are understood to want to hold onto the player for a little longer, with the Americans keen to get the move sorted before the new MLS season begins.

Sochaux are currently open to offers for all their players as they look to trim their squad down as the fallout plan begins to take shape should they be relegated from Ligue 1 at the end of this season.

Philadelphia are unlikely to want to pay for the player, and a deal is unlikely to work unless Sochaux agree to terminate the 25 year old’s contract. The player’s goals were instrumental in the latter part of the 2012/2013 season in keeping FCSM up last time around.

Highly-rated Quentin Beunardeau to be snapped up by Nancy