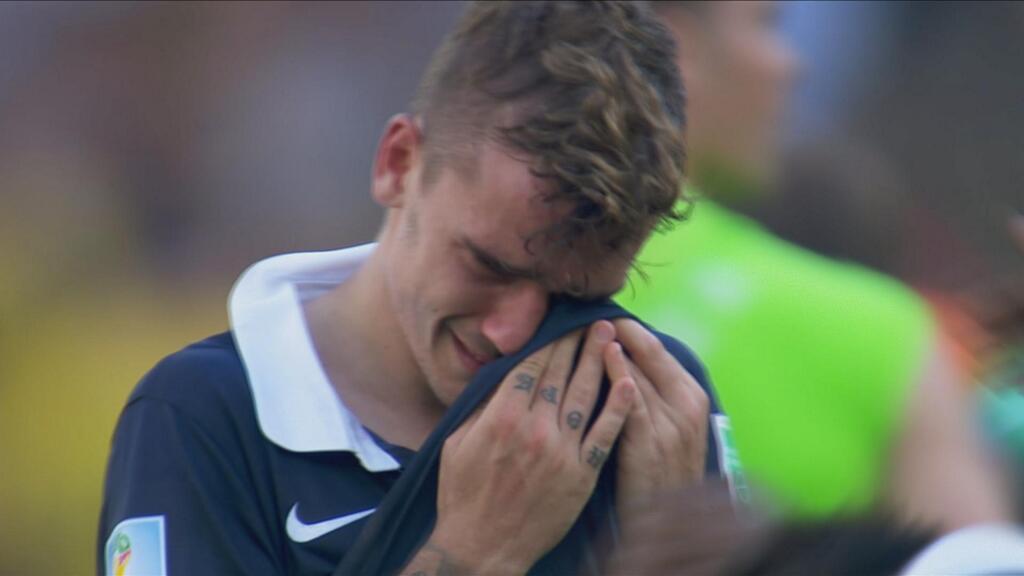 France bow out of the 2014 World Cup at the quarter final stage, to a more experienced and resilient German side. Our ratings for the men in blue.

Was more active today than he has had to be arguably throughout all the other World Cup games combined. Made a notably fantastic save off Schurrle to keep his side in it with his leg. Made brave decisions from set plays and cannot be blamed for Hummels’ goal. This game may have been his last as France’s captain.

I think we have perhaps been overly harsh on the right-back throughout the tournament, who was visibly upset at the end of the match. He was actually defensively very competent, making tactical fouls at the right moments and showing his strength against Ozil. His attacking contribution is arguably overrated, and certainly wasn’t going to provide the key to a goal today anyway.

France’s vice captain was forced off the pitch in the second half through injury, and performed largely well, despite a few moments where he lost concentration and gave the ball away cheaply. Has received a lot of unfair criticism in recent days, and can become a world class defender.

Arguably at fault for Germany’s only goal, but it was a fantastic delivery from Kroos and an incredibly intelligent header from Hummels. Sometimes, there is simply nothing more you can do in that split second that you have to act. He was impressive in so many other ways today and remains the best young central defender in France’s squad, if not in the world.

France’s most consistent source of attacking inspiration today, his crosses were well constructed, despite Benzema failing to act quickly enough to put them away. Perhaps his competitive game in French shirt, Evra fought bravely defensively and gave his all.

Was France’s main source of balls over the top of the high German defensive line which gave both Griezmann and Benzema potent chances in the first half. Was substituted off for a more attacking outlook in the second half. Has had a good World Cup though and will look to occupy the same position in PSG’s midfield trio next season.

Far too much pressure was placed on this young man’s shoulders before the World Cup, and I don’t believe that he had the breakthrough that everyone was expecting. Despite this, his forceful running and inventive passing were on show again today, but the final ball was lacking.

Pure fatigue for the emblematic Frenchman today. He played well, but not extraordinarily like we have come to expect from the PSG Duracell bunny in recent days. Made some runs, but overran a lot of balls too. Deschamps can perhaps be criticised for overusing him unnecessarily vs Ecuador and Nigeria.

Not at his inventive best unfortunately, and that often tells for this France setup when he is not on song. Has had an incredibly good World Cup however, and cannot be blamed at all for France’s exit today. Still showed desire, even after being thrashed about scandalously by Schweinsteiger.

A beacon of hope and a glimpse of what lies ahead for France throughout this World Cup. Made some impressive attacking runs, but also showed some miscontrols at crucial periods and moments of the game and during attacking sequences. Has a lot to learn positionally, but will certainly benefit majorly for the Brazil experience. Oh, and he won’t be at Real Sociedad next season…

Disinterested figure is what the Algerian-born Frenchman showed today, a striker who thrives off hunger and desire. Ultimately, France’s talisman failed to produce the goods when it most mattered for Les Bleus. Still France’s best striking option, and has scored some fantastic goals along the way.

Cant fault the nippy striker for his efforts, and he played will focus and determination when he was called upon. Got the ball far too rarely to make a significant impact. Perhaps a little underused this World Cup by Deschamps.

Dealt well with the task of having to come on as a central defender midway through a match played with high intensity. Did let Schurrle in a couple of times however.

Was not on the pitch long enough to make a significant impression.