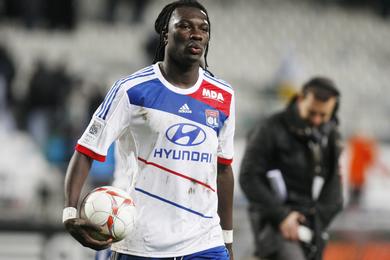 The first leg ended in a narrow 1-0 victory for ‘The Old Lady’, with Lyon rarely threatening Buffon’s goal. Juventus will be keen to see off Lyon and progress to the semi-finals as the final is actually at the Juventus Stadium in May. Lyon’s travelling fans will be hoping to stop the party and willing their team on to cause an upset.

The Turin giants have been in sparkling form once more in Serie A this season. After Monday’s routine 2-0 win over struggling Livorno, Juve currently sit 8 points clear of second placed Roma and they are closing in on another Scudetto. Antonio Conte will not have been happy with his sides exit from the Champion’s League, but he is a winner with a similar character and aura of Atletico Madrid coach Diego Simeone, and will want his team to go all the way in this year’s competition.

Lyon have been stuttering a bit of late, with the derby defeat to bitter rivals St Etienne still fresh in the memory for Remi Garde’s men. However, ‘Les Gones’ picked up a crucial 3 points with a 2-1 win at Valenciennes at the weekend and Garde will be hoping to match that result and performance tonight, as a 2-1 win would see Lyon progress on the away goals rule.

The hosts have a strong squad with a great strength in depth, something which Lyon can only dream of. I would expect Juve to lineup in their typical 3-5-2 formation with Buffon, Bonucci, Chiellini and one of Caceres or Ogbonna to complete the backline. The midfield 5 will consist of Pirlo, Pogba and probably Marchisio in the centre, as the Chilean Vidal returns from suspension for tonight’s game but is a doubt with injury. Isla could start as the right wing back instead of Lichsteiner but Asamoah is expected to start on the left side. Pablo Osvaldo is destined to start up front alongside one of Carlos Tevez or Sebastian Giovinco.

Lyon travel to northern Italy tonight without both key playmakers Grenier and Gourcuff for tonight’s match which will be a major blow to Remi Garde, as their creativity will be sorely missed. Lyon will also be without Dabo and Fofana for tonight’s game. I expect Lyon to line up in 4-5-1 formation with Kone and Umtiti likely to start at centre back. Gonalons will start in central midfield with Ferri and Mvuemba also in line to start. Malbranque and Lacazette will provide support for Gomis up front.

Pirlo (Juventus)- Pirlo needs no introduction due to his legendary status in the game. However, the Italian deep lying playmaker’s range of passing and dead ball delivery still leaves one in awe. Lyon will have to mark him tight and try not to give away free kick’s near their area to keep him quiet.

Gomis (Lyon)- Lyon’s often frustrating striker can be a real handful for any defence on his day. He possesses great aerial prowess and his hold up play is something to be applauded. Lyon will hope to give him chances tonight.

Neither side were particularly impressive in the return leg, as it was a rather cautious affair. The away goal that Juve scored could turn out to be crucial as Lyon, without their creative spark of Grenier and Gourcuff can struggle for goals. Juve have a very good record at the Juventus Stadium this season and it will be extremely tough for Lyon to progress to the next round tonight. Antonio Conte has spoken highly of Garde and his men, but I fear for their participation in this year’s competition beyond this evening.