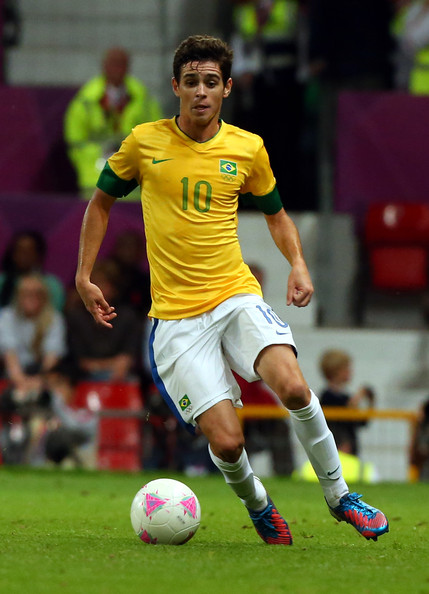 According to French newspaper L’Equipe, Ligue 1 Champions PSG have contacted Chelsea’s Brazilian midfielder Oscar over a possible transfer to the club. With the amount of Brazilians already at PSG, including Oscar’s former team mate David Luiz, the news is perhaps not surprising.

L’Equipe say that, in the aftermath of Brazil’s 4-1 win over Cameroon, Oscar was quoted as saying ‘It is true, I had contact with PSG, but it did not go any further.’ Perhaps PSG were seizing on the fact that Chelsea have just signed Cesc Fabregas, a player who plays in Oscar’s favourite position. However, Oscar was quick to deny rumours of a transfer, saying that ‘next season, I will stay at Chelsea.’