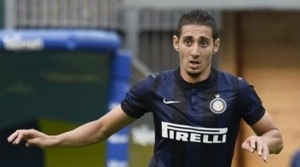 The player arrived in London after Inter Milan, Parma and QPR had all agreed on a loan deal for the player until the end of the season. The conditions of the offer were drawn up- the deal was done.

At the last minute, the Championship side decided to change their offer for Ishak Belfodil, insisting that a buy-out clause be included in the loan agreement.

Inter Milan and Parma between them seemed to have had reservations about committing to this and Belfodil’s agent flew to Italy today for talks this evening with the clubs to try and salvage a deal.

According to Tuttomercato, the player could still move to QPR or West Ham United.

We await to see if Inter Milan and Parma will agree with QPR’s alteration to the offer or not. If they refuse, it is still possible that QPR re-submit their initial offer of a straight loan agreement until the end of the season.

Either way, the player will be hoping that the complications can be worked through and that he can finally seal a move to England in some sort of capacity.