Referees in Ligue 1 will use the magic spray next season 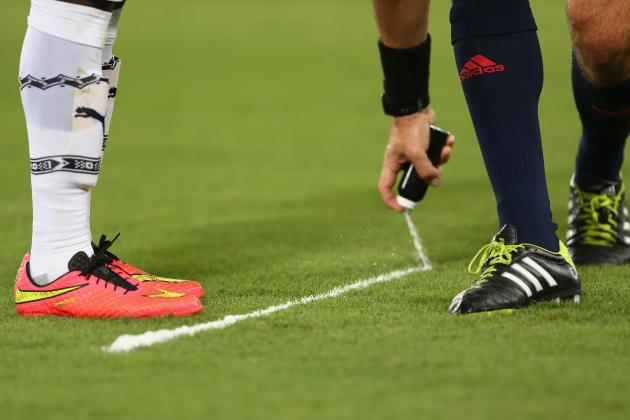 The LFP have announced that the magic spray used by referees at the recent World Cup will be implemented in French football next season.

They have authorised the spray which is used to mark out free-kick spots and where the defensive walls will be aligned in Ligue 1 and Ligue 2, as well as in the domestic cups.

The spray vanishes after approximately a minute so as to not interfere with further gameplay.