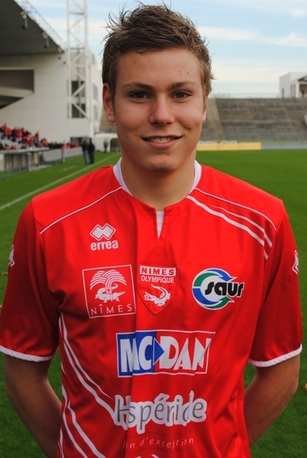 It has been officially announced that young 21 year old striker Renaud Ripart has been loaned from Nimes Olympique to CA Bastia on a one year loan until the end of the coming 2014/15 season.

Ripart made just the 10 appearances for Nimes last season, and will surely find more playing time with CA Bastia in the Championnat National than he did in Ligue 2 last season.