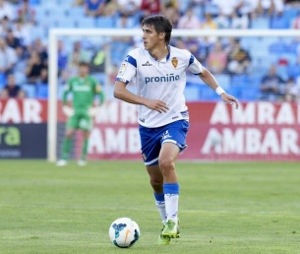 Get French Football News understands that Stade Rennais have had an approach rejected by Real Zaragoza for defensive midfielder Mario Parialunga.

The 25 year old Argentinian only arrived at Zaragoza in July but is now interesting the French club we understand. The club from the second division of Spain remain unwilling to sell the player and it remains to be seen if Rennes will return with another approach.

Paglialunga has been an active squad member for Zaragoza this season having played 14 games this campaign.

Rennes have been very active in the transfer window so far in terms of attempting to sign players and L’Equipe reported this morning that the club have had a loan offer rejected for Lyon’s young striker Yassine Benzia.

Local sources indicating that Arsenal have agreed a €10m fee for Ntep; Denied by President