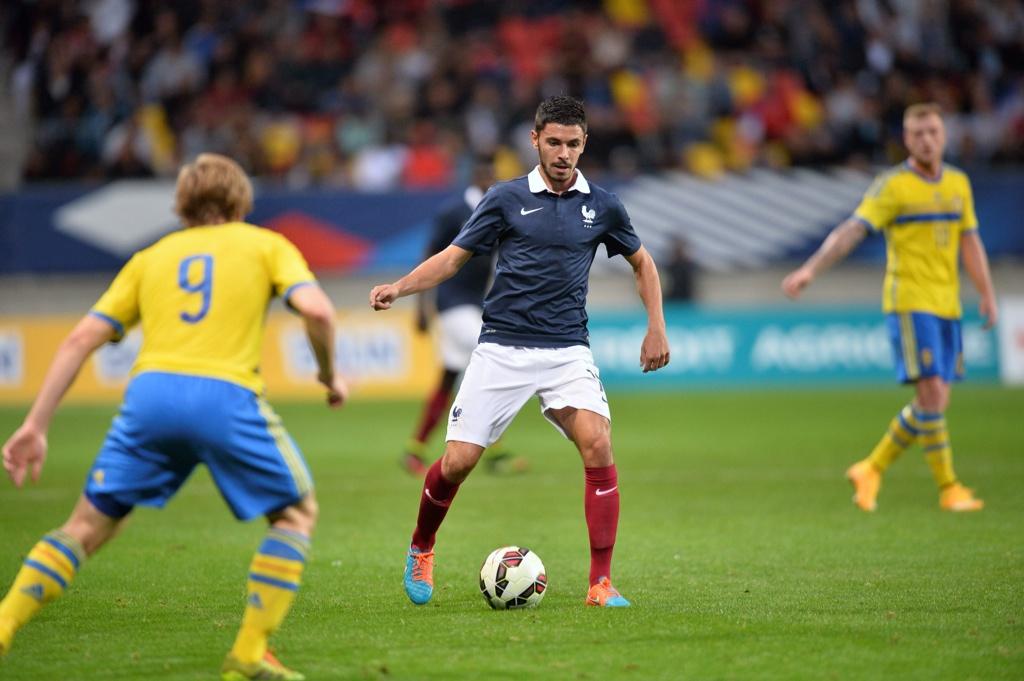 France Under 21’s won the first leg of their Euro 2015 play-off against Sweden thanks to goals from Florian Thauvin and Geoffroy Kondogbia.

France controlled the first half and eventually made the breakthrough just before half time. Aymeric Laporte’s header hit the hand of Ludwig Augustinsson in the box and Thauvin tucked the resulting penalty into the corner of the net.

Sweden were much more threatening in the second half, with Alphonse Areola being called into action on a couple of occasions in the French goal.

However, Les Blues doubled their advantage in the 81st minute, as Kondogbia headed in substitute Jean-Christophe Bahebeck’s corner.

It was a good night’s work for Pierre Mankowski’s team; they denied Sweden an away goal and head into Tuesday’s return leg with a two goal cushion. The only negative to come out of the match was an injury to Kurt Zouma; he went off just before half time with a thigh strain and could now be a doubt for Tuesday.

José Mourinho has rejected PSG job twice, he reveals in an interview this Sunday