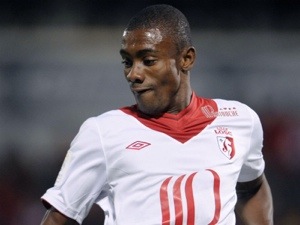 RMC journalist Mohamed Bouhafsi announced on RMC Sport radio this evening that Lille forward Salomon Kalou has not actually got a release clause worth €3m in his contract, despite British reports.

Sky Sports believed that the ex-Chelsea player would only cost interested English clubs £2.5m if they were interested. However, the reliable RMC journalist has said that a Kalou departure is rather unlikely at present.

Get French Football News understands that not a single English club has approached the Ligue 1 side for Kalou’s services.