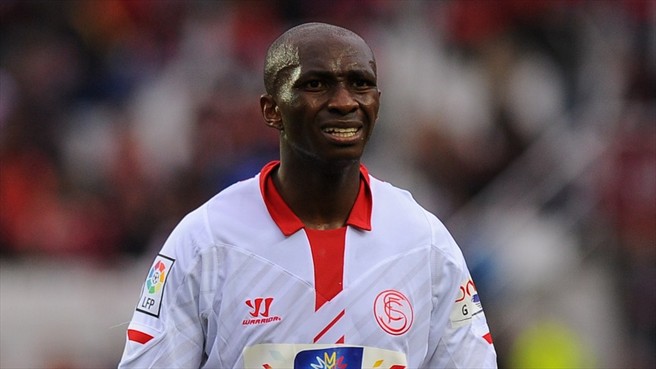 Get French Football News has been informed this evening that Sevilla are close to agreeing a provisional contract with former Marseille defensive midfielder Stephane M’Bia as they look to close a transfer with Premier League side Queens Park Rangers.

The player has also been contacted by Inter Milan, according to Sky Italia, but the Serie A side are unwilling to sign Mbia outright and QPR’s preference is to sell. Sevilla are in an advantageous position after the sale of Rakitic to Barcelona.

French media outlets including France Football have mentioned the likes of Liverpool and Everton as interested in the player, but these rumours are currently unfounded.