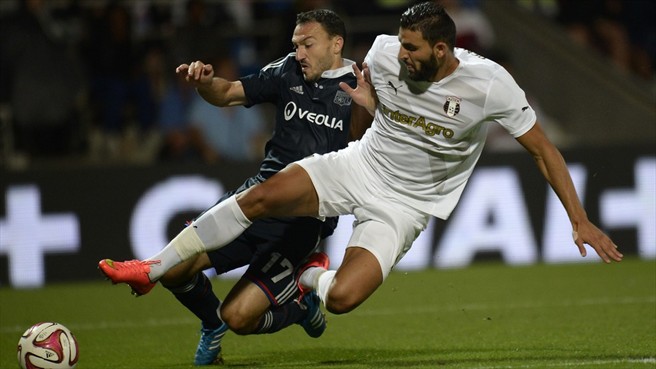 It was a pretty abysmal week for French teams in Europe as all three sides in qualifying action lost. It was bad in Lille, who were beaten 1-0 by FC Porto in the Champions League. It was worse for Saint-Étienne, who lost 1-0 away against Turkish newcomers Karademir Karabukspor in the Europa League and it was beyond comprehension for Lyon, who were beaten by Romanian minnows Astra Giurgiu 2-1 at the Stade de Gerland.

We shall start the analysis in Lille, who might have had one of the tougher ties in the final qualifying round for the Champions League but never seemed to put up any kind of fight against FC Porto. The Portuguese side were in control of the game for long period, had more possession and stopped Lille from even having a shot on target.

A Hector Herrera strike on 61 minutes sealed the tie and it was all that Porto deserved in the end. Lille need to have more of an attacking impetuous in the second leg, especially from Divock Origi and Salomon Kalou, should they want to get back into the tie. They were alright defensively for long spells, they restricted Porto to just six shots but they will be worried that they allowed four of them to hit the target. Make no mistake, Lille manager Rene Girard has a tough job on his hands with a limited selection of attacking talent at his disposal, but the drive and determination that is needed in crucial matches was absent. The team inherently lacks inspiration, a factor that was just about acceptable in Ligue 1 last season but will not be on the continental stage.

It’s difficult seeing LOSC progressing in what was already seen as a difficult team to get through. They will need to come out of the blocks early at the Estadio do Dragao, score first and then either hold on or sneak a second to really put pressure on their opponents. Whether they can do that is another question altogether. We are all aware of their defensive qualities in the form of Vincent Enyeama and Simon Kjaer, but Lille must find another gear. The absence of Marko Basa through injury could be decisive.

Moving on to Saint-Étienne’s trip to Turkey that brought with it few positives but more alarming negatives that need to be addressed. In their first leg against Karabukspor, both teams had good chances to score in the first half and either team could have been ahead at the break. A much quieter second half was disturbed by Domi Kumbela, who robbed the ball off ASSE’s defence to nestle a strong long-range effort in the bottom corner.

It was a poor result for Les Verts, being defeated by a team who finished 7th in the Turkish Super Lig last season and conceding a goal from a striker who played for relegated Bundesliga side Eintracht Braunschweig last season must have hurt. They were very poor defensively, looking tentative and gave Karabukspor way too many free opportunities.

The tie will be salvageable at the Stade Geoffroy-Guichard and they will take positives from their attacking intent in the first leg and will feel they can score a few against them in the second leg. They need to go out and dominate the game, don’t allow them any space and avoid an away goal at any cost. Should they concede, this tie will turn sour very quickly. Les Verts’ lack of continental experience was far too evident in the first leg, with many of Galtier’s men seemingly distracted by an energetic Turkish crowd. ASSE have had such a fantastic few seasons domestically and they deserve to do battle in the Europa League group stage.

As for Olympique Lyonnais, it was a horror show. They allowed Astra far too many opportunities away from home and were rightfully punished for their mistakes. Despite going ahead through Steed Malbranque, an awful 10 minute spell saw them concede twice and the sending off of defender Lindsay Rose after a second bookable offence.

It was an awful display, they created plenty but couldn’t score and then allowed Astra far too much space, which would end up costing them two away goals. They need to improve drastically should they wish to progress, no player should be holding his head high after such a result and I’d expect a slew of changes heading into the second leg.

When they head to Astra next week they need to score early on to stand any chance of progressing. If they can, that might open them up a little and a second will put them back into the driving seat but expect the Romanians to sit back and soak up the pressure. It will be a difficult tie to rescue, but it is possible but Lyon need to score quickly to give their opponents any kind of impetus to attack them back or they will wave goodbye to their European hopes this season.

It was a bad week, but all three ties are salvageable. French football is however facing the very real threat of having just three representatives in continental competitions this season: Leonardo Jardim’s shaky AS Monaco, the heroic but out of depth Guingamp and of course PSG, who are keeping France’s UEFA club coefficient ranking just marginally ahead of Russia who sit in 7th.

Let’s hope that next week, we can speak about French teams beating all the odds to recover from a dreadful first-leg rather than another article criticizing their teams performances in Europe. Because as a French football writer, one could do little more than feel ashamed at the embarrassing show from three of France’s most promising establishments. Ligue 1 can only grow further with more European recognition and the easiest way to do that is prove your worth against the representatives of the so called “better” leagues.

Salomon Kalou in talks with Sunderland