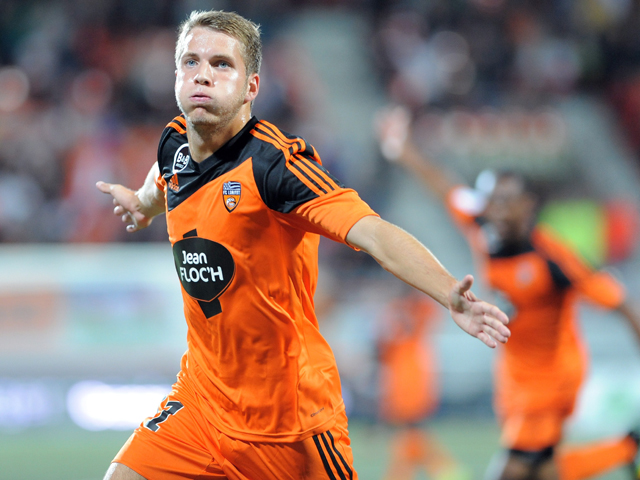 Layvin Kurzawa is hardly an unknown quantity when it comes to Ligue 1 football, having had his breakout season domestically over the course of 2013-14. This year he has the chance to show just how good he is to the rest of Europe as Monaco head into the Champions League. A rampaging left-back that adds real quality in the final third, Kurzawa showed exactly how dangerous he is last season by totting up five goals and three assists.

He’s already created a goal this season and expect him to be an integral part of any Monaco title challenge, should they be able to add some more defensive quality around him in January. If they don’t and the continue their fire sale of talent, clubs will start circling for the 22-year-old after he puts in some expected top performances in Europe. The youngster’s learning curve is presently, scarily steep, and, so long as he continues to play consistently, he might also be challenging Patrice Evra and Lucas Digne on the international scene too.

After a great campaign in Ligue 2 with RC Lens last season, Areola will want to prove that he has the ability at such an early stage in his career to mix and match performances from France’s other top golakpeers in Ligue 1. Voted into the second tier’s UNFP team of the season, the 21-year-old will hope that a successful campaign under Claude Makélélé will give Paris Saint-Germain a selection headache come the summer as to whether or not they will at least offer him the chance to fairly battle with Salvatore Sirigu for the number one spot, or whether they will be forced to let him go like so many youngsters before him.

Agile, a great shot-stopper and very vocal when his defence makes a mistake, Areola has some prodigious attributes and playing regularly in Ligue 1 should only speed up his development. The 21 year old’s humble, off-pitch temperament means that not only is he great goalkeeping prospect, but he is also a truly decent fellow. While his future next summer may come into question yet again, it is important that the French youth international focuses on the present and sparkles under the Corsican sun.

Remy Cabella might have departed, but Montpellier might feel that they have a new talismanic attacking midfielder for the fans to fall in love with in 20-year-old Morgan Sanson. The central midfielder impressed last season and that was when he was playing in his less preferred wide position. This season, manager Rolland Courbis has positioned Sanson in a more central role that has given him far more freedom, and MHSC’s early season form is indicative of this tactical switch.

One questions whether Sanson has the talent to consistently deal with the weight of expectation placed upon him following the departure of Cabella, but so far this season he’s lived up to the billing. He’s become much more of a threat in attack, playing more like a box-to-box midfielder and having grabbed a goal and an assist already whilst also being involved in the French under-21’s squad, Sanson looks a good bet for having a truly wonderful breakout season.

Despite only playing 74 minutes of football so far this season, Valentin Lavigne has already scored three times for his new club and that includes the winner against Monaco in their opening game. He’s yet to start for Lorient but he has made the sort of start to professional football that youngster’s only dream about. Following the high-profile departures of Vincent Aboubakar and Kevin Monnet-Paquet this summer, there is plenty room for a new Lorient star to emerge this season.

Whilst the club has brought in Jordan Ayew, they will need more firepower to replace those who have left and it’s an excellent opportunity for Lavigne to stake his claim for a starting berth. He put in a superb performance coming off the bench against Guingamp, scoring twice and assisting Ayew’s first for the club, and he must be in line for a start sooner rather than later. If the versatile attacker continues to impress, Sylvain Ripoll will find it hard to keep the youngster out.

Having played in Ligue 2 for the entirety of his career, nobody thought that Caen’s decision to sign a 26-year-old defender from Clermont Foot was a particularly spectacular piece of business but by the end of the season, Da Silva could yet prove to be the bargain of the year. Part of a sturdy defence despite Clermont’s previous struggles, Caen bought the former French under-19 international to help sure up an error-prone defence in the hope of remaining in Ligue 1 this season.

So far, after four games, Da Silva has been a major part of a side that has concede just twice in the league this season before this weekend’s action with both being penalties. It’s a terrific effort for a side that had concerns on how they would keep teams out on their return to the top flight and Da Silva has contributed to that, averaging over two interceptions, over eight clearances and winning three aerial duels each game. Should he keep that kind of form going, Caen could look forward to a much more comfortable season than initially anticipated and Da Silva could be attracting interest from bigger clubs.