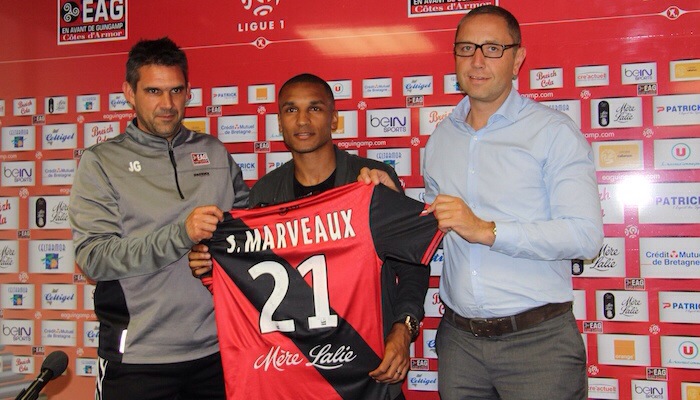 The club’s President announced that he was delighted to sign the Frenchman and went on to say that the condition he was left in Newcastle was unacceptable for a player of his quality. He hopes that Marveaux can prove himself in Ligue 1 again.

As for the man himself, Marveaux said that his aim was to find a club and a manager that wants me and the reason I am here is because I have a very good feeling here he also confirmed that Europa League football was a factor in bringing him to EAG.

There is a buyout option available at the end of the loan deal.