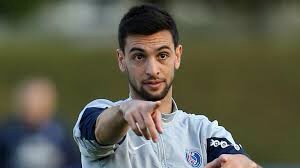 A player that has been lampooned, lambasted and marginalised ever since his transfer from Palermo to Paris St Germain back in 2011, Javier Pastore could be on the brink of finally beginning to pay back his almost €40 million price tag.

There was no denying his talents whilst playing in the Serie A, a gifted footballer who loved having the ball at his feet and could score a goal just as expertly as assisting another. However, he’s never really lived up to that expectation in Ligue 1, as a series of poor performances saw him dropped and replaced, which seemed to have killed his confidence for almost over a year.

It’s strange to think that he had his best season ever in his first campaign for the club, scoring 16 goals and assisting on eight occasions in all competitions, both career highs. In the 2012-13 season, he halved his goal tally to eight but still managed the same assist total, despite the fact that he was beginning to be criticised for his displays whilst in a PSG shirt.

It was fair to pull him up on some of his shortcomings; he was giving possession away too often for a playmaker and he looked to be giving in too often whilst on the field. Some were annoyed by his lack of effort tracking back whilst being in a three-man midfield, but the Argentine was used to being a number ten at Palermo, free from the burden of having to defend.

That criticism led to boos coming from his own supporters and from that moment on, Pastore hid inside his shell. His confidence completely shot, whenever he took the field in the early parts of the 2013-14 season, he looked like a deer in headlights and simply couldn’t find a way to get himself back to the way he was. Gone was the free-flowing play, the controlling of a football game or the creative runs from midfield, he just seemed to freeze in fear of more condemning from the Parisian crowd.

Then the rumours that PSG wanted to get rid of Pastore started flying around. There were rumours that clubs in Italy, England and even Russia were linked with taking him off their hands, but the club has often come out to squash those rumours. Whether that’s because they believe in him or whether they wouldn’t get enough in return is another matter.

But all of a sudden, just when no one expected it, there was a sign of life in Javier Pastore.

After only being on the field for five minutes in the Champions League quarter-final against Chelsea at the Parc des Princes, Pastore began to dribble the ball. He took on several defenders with almost effortless ease and then drilled home a vital third goal that, had PSG performed in the second leg, would have probably seen the French club through to the semi-finals.

It was a glimmer of hope that he could return to his best, but he never quite repeated it for the rest of the season. The rumours continued to fly, with Pastore himself declaring his desire to stay despite interest from Juventus, AC Milan and Lazio. He then missed out on a spot in Argentina’s squad in the World Cup in Brazil, a huge blow. Pastore needed to fight to reignite his career, both at club and international level.

He was given a chance in the 2014 Trophée des champions in Beijing against Coupe de France winners Guingamp and he finally put in a great performance. He was composed, kept the ball very well and when he added an assist for Zlatan Ibrahimovic’s first goal, there was renewed optimism that Pastore could return from the brink.

With that performance, he earned a second chance in the opening game of Ligue 1 away to Reims and he really turned on the style. He set up Ibra’s first again, could have had another two assists had the finishing of Edinson Cavani been better and he dictated PSG’s play from start to finish. It was almost like looking at a different player, who was much more comfortable in his skin and although some might pull him up on failing to track the attacker on Reims’ second goal, he deserved all the plaudits going his way.

The issue now is maintaining these standards whilst in the first team line-up. He’s been given a great opportunity with Blaise Matuidi and Yohan Cabaye injured and he needs to keep this form up to give Laurent Blanc a real headache when the French internationals return. It’s a great dilemma to have; he needs to build on this start to the point where Blanc simply can’t leave him out of the squad even when the team is free of injuries.

It’s a highly competitive midfield again with Pastore’s hat back in the ring and should he regain the form he had back at Palermo, then PSG’s opponents should be very wary of the Argentine’s second coming.