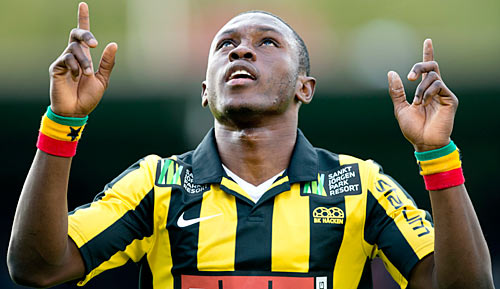 Jean-Raymond Legrand, the President of Ligue 1 strugglers Valenciennes, has confirmed to RMC Sport that the club have agreed to sign Ghanaian attacker Majeed Waris on loan until the end of the season from Russian outfit Spartak Moscow.

The 22 year old attacker played a role in Ghana’s qualification efforts for this year’s World Cup.

According to Valenciennes’ official website ‘the player will bring pace and power to the Valenciennes attacking line.’

This is the first in a series of moves that Valenciennes are aiming to pull off during this January window, as they look to find the ammunition to propel themselves back up the Ligue 1 table and out of the danger zone.