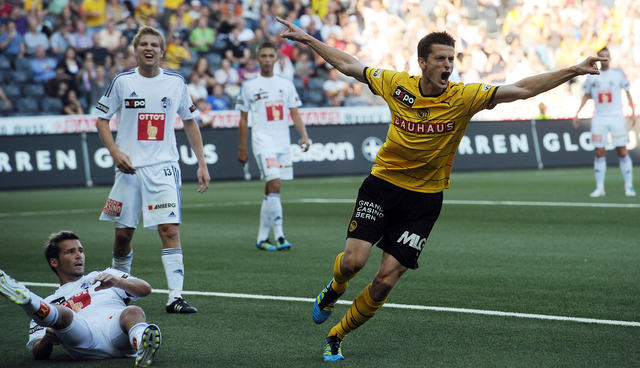 Yesterday, it was officially confirmed by Get French Football News and both Toulouse and Young Boys that the transfer of Duskan Veskovac to the Ligue 1 side was complete. The centre back, under contract until the summer of 2017 will join looking to improve the Toulouse defence as his new side look to push further up the Ligue 1 table.

The current centre back partnership for Toulouse, that of Abdennour and Spajic, has done well so far this season, with Toulouse conceding just 26 goals in 21 games. This suggests that Veskovac, who has only ever played in Switzerland, mainly for FC Luzern and his latest club Young Boys, will be used more as a cover for the two centre backs. However, Abdennour recently picked up a thigh strain, and it is unknown exactly how long he is out for, so it is likely that Veskovac will make his debut in the near future.

Once things that Veskovac brings that Abdennour and, in particular, Spajic cannot bring is a wealth of experience in top flight football. Veskovac, at the age of 27, has played as a professional since the 2006/7 season, compared to Abdennour, who began in 2009/10, and Spajic, who only began playing professionally last season. In fact, Veskovac has played more years of top flight football that the two current centre backs combined. This means that Veskovac will bring some calm and strong leadership to his new side, something Toulouse’s previous centre backs did not necessarily offer.