Victor Valdes to have medical at Monaco tomorrow 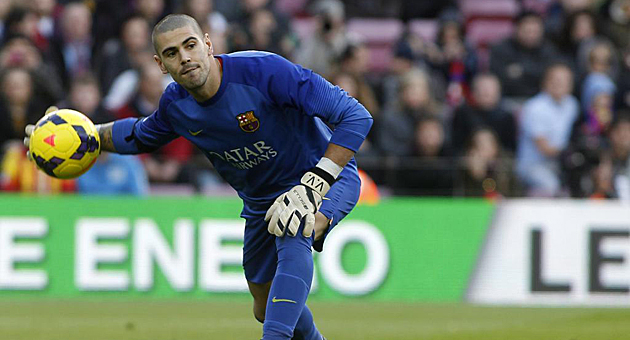 Barcelona goalkeeper Victor Valdes will, as reported in the past few hours, have a medical at AS Monaco tomorrow (Wednesday 2nd July). However, the deal to sign him is far from done, as Monaco will thoroughly check Valdes for his physical capabilities, after a long term knee injury ruled him out for most of the 2013/14 season.

It is understood that new manager Jardim did not particularly want to sign Victor Valdes, but his decision was overruled by the Monaco board, who were not convinced by his alternative option of Rui Patricio. Whether or not Valdes will sign will depend heavily on his medical tomorrow.