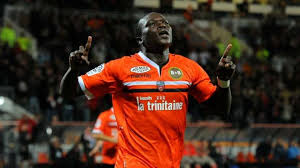 According to our colleagues at L’Equipe, FC Lorient striker Vincent Aboubakar has been the subject of multiple offers from the Premier League.

The player is understood to be a target for Leicester City, but the paper also claims that Chelsea have had officials present towards the end of last campaign.

The player will be allowed to leave Lorient, but will take any decisions regarding his future until after the World Cup.