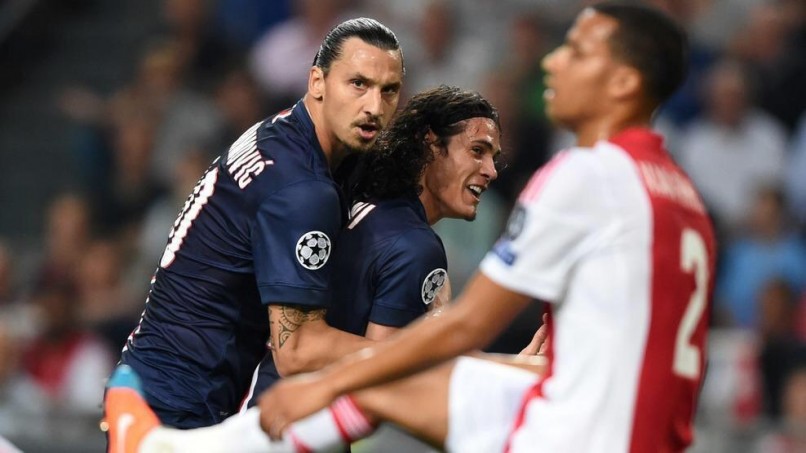 After a confident start from the away side they took the lead. PSG capitalised on poor defending from Boilesen through the eventual medium of Edinson Cavani after Zlatan Ibrahimovic’s initial shot was blocked. 14 minutes gone and les Parisiens were ahead.

Chances were perhaps not plentiful, but still apparent in the first half for PSG to double the scoreline. They were largely in control of possession and weren’t troubled throughout the first 45.

The second half, much like AS Monaco’s game last night, was a totally different story, but one that didn’t lead to a positive end result for the Ligue 1 side in contention.

Lucas Moura missed an incredibly good chance through on goal with only moments of the second half having ticked away to make it 2-0 and it proved to be highly costly miss at that. People may criticise him for his lack of focus on goal, but the chances throughout the game were carved down that right hand side by the little Brazilian, even if they failed to amount to another goal.

Ajax found an equaliser straight from a free-kick courtesy of Schone who fooled PSG’s goalkeeper Salvatore Sirigu into initially stepping the wrong way before curling the ball home.

Ajax were then in the ascendancy from that period onwards and had chances through Schone again where he hit the post from another direct free-kick.

Laurent Blanc will undoubtedly be blamed for lacking tactical versatility to find the solution for PSG, but the side themselves looked bereft of ideas in the second half.

Elsewhere in the Champions League, certain members of the Ligue 1 alumni shone brightly: Vincent Aboubakar (ex-Lorient) got his first Champions League goal in a game where former Rennes man Yacine Brahimi scored a hat-trick in his first UCL match also as Porto easily brushed aside BATE 6-0.

Frenchman Mapou Yanga Mbiwa made his AS Roma debut against CSKA Moscow as Rudi Garcia’s men breezed to an emphatic 5-1 win.