What do Les Bleus listen to? Patrice Evra

Today, it is the turn of Manchester United and France veteran Patrice Evra: 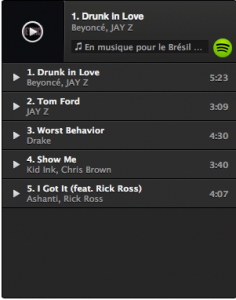 Another member of the squad who’s overriding genre is rap, with Jay-Z and Drake featuring on his playlist.

Rennes set to complete a total of four deals today