What do Les Bleus listen to? Yohan Cabaye

Today is the turn of France’s midfield creator Yohan Cabaye: 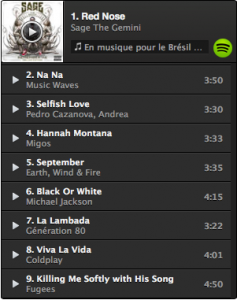 The former Newcastle man has a more mellow playlist compared to his other Les Bleus teammates, with Michael Jackson, Earth, Wind & Fire as well as Fugees.