Will Griezmann be picked ahead of Giroud against Nigeria? 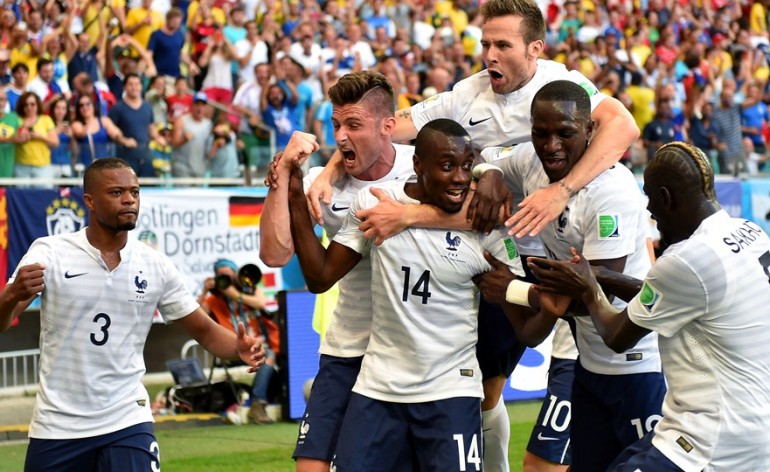 Les Bleus trained today at their base camp ahead of their last 16 clash against Nigeria on Monday. As usual, they were split into two teams, which could help reveal Deschamps’ plans for the starting XI against Nigeria in two days time. Here is how the two teams were divided:

RMC suggest that Griezmann is perhaps a step ahead of Giroud in terms of Deschamps’ selection ideas, and may start as part of the attacking trio against Nigeria. RMC also believe that the decision for the third midfielder, after Cabaye and Matuidi, is still being made between Paul Pogba and Moussa Sissoko. Last of all, if Mamadou Sakho is not fit to play, Laurent Koscielny is expected to take his place next to Raphael Varane.