Yacouba Sylla: A talent frozen out 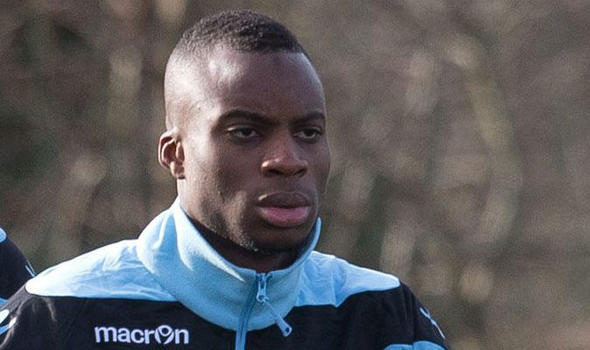 Aston Villa have had by all means an unremarkable season in the Premier League which is likely to see them narrowly escape from the clutches of relegation yet again. One man in that very squad who has been able to do very little about that is French defensive midfielder Yacouba Sylla.

The player has told France Football today that he is unhappy and will seek to leave Aston Villa this summer, ideally on loan to a ‘good Ligue 1 club’.

Sylla told journalist and friend of Get French Football News, Tanguy Le Seviller, why he was unhappy:

‘I am always on the bench and never on the pitch. Even if I do get to visit some wonderful stadiums and that life here is different than in France, I am not happy because I am not playing. I am not here on tourism.’

‘Okay, my situation is not as dramatic as I have just made it sound but for somebody who loves football and does not get to play, I cannot be happy because I am not expressing myself on the pitch every weekend.’

Yacouba Sylla goes on to admit that he still has hope that Paul Lambert will give him a chance, because it was he who had wanted to bring the ex-Clermont man in during the January transfer window of 2013:

‘It encourages me to keep hope. I am working hard in training. Last season, I contributed to keeping the club from relegation. This season it is more complicated. There have been decisions that I did not understand and I have not got the game time I had hoped for.’

‘There are a lot of teams I could contribute to. I think I will leave on loan at the end of the season. I could already have done so in December but the gaffer told me that he was counting on me.’

‘What I want, is to come back to France, on loan for one year to a good club. A team with a good project. My agent Moussa Sissoko is working for that. There are interested clubs.’

‘Again, the most important thing for me is to play. I am no longer the same man, not the same player. I cannot wait to change all that again.’

Watch out for an extensive interview with Yacouba Sylla, appearing on Get French Football News next month.