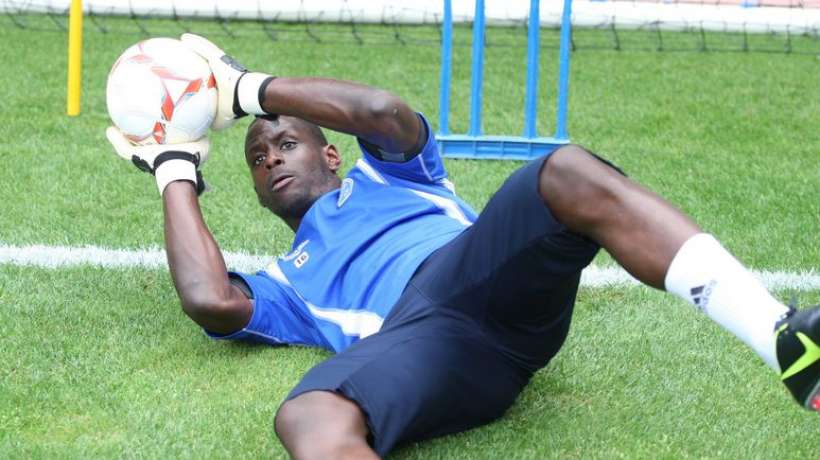 Get French Football News understands that Standard Liege’s French goalkeeper, Yohann Thuram-Ulien, has agreed a loan deal with English club Charlton Athletic. He is yet to complete his medical, but is set to arrive in England shortly to complete the move. Unless another interested party can launch a last minute bid for the player, then he will be playing for Charlton for the rest of the season.

But who is Yohann Thuram-Ulien, and what can he bring to Charlton Athletic? Well, Charlton are hovering around the wrong end of the Championship table, and have only won 2 of their last 10 league games. Their defensive record is one of the worst in the league, and the signing of Thuram-Ulien is expected to help solidify Charlton’s defence in the hope of seeing them climb up the Championship table.

Thuram-Ulien, standing at 6ft 2 inches, is a tall presence in goal, and a player of his size has an immediate advantage between the posts. However, he remains an extremely athletic goalkeeper, who is capable of producing top class saves. He can get down to low shots with relative ease, and can extend his long hands to deal with shots directed higher into the goal.

Something that most viewers of Thuram-Ulien will know, though, is that he prefers to palm the ball away from goal than take the risk of catching the ball when it is coming at speed. In this way, he removes the risk of spilling the ball, but if his palm does not come off occasionally the ball will drop to other strikers looking for a rebound.

One final thing to say about the Frenchman is that he is a very good leader of a defence, and this may be what Charlton are missing. Thuram-Uliem is an extremely vocal player, and he gets his back four very well organised according to what he sees on the pitch. He is never afraid to tell his defenders what he thinks, and this type of strong character may just be invaluable in Charlton’s bid for success this season.

The deal to sign him, made possible by the fact that Roland Duchatelet owns both Charlton and Standard Liege, is complete. All that remains is what should be the formality of the medical and, once that is complete, Charlton will have a key player on their hands.