5 things we learned from Le Classique 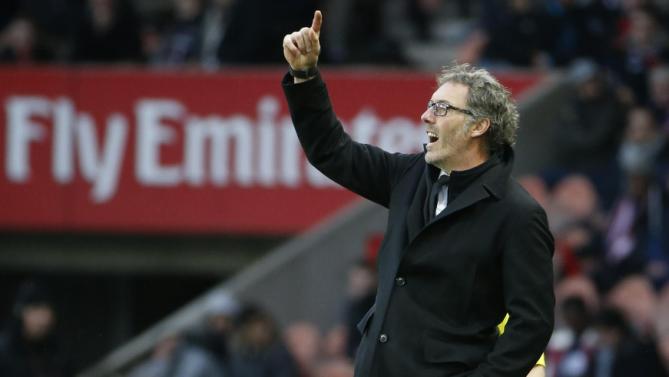 So despite Marseille’s best efforts, two penalties undid their good work and PSG extend their lead to the top by 5 points, the result means yet another win for the Parisiens, and Marseille are now just four points from the relegation zone.

But what else did we actually learn from the latest edition of France’s biggest derby? Kevin Galvin investigates.

Les Phocéens came out of the block chomping at the bit last night, and had a number of good chances as they stunned Paris Saint-Germain for the opening 20 minutes. Alessandrini was getting the better of Aurier, Thiago Motta was kept quiet by Lucas Silva, and as Michy Batshuayi’s goal was more than deserved when it came.

After the disappointment before the half OM hung in, and even more satisfyingly for Michel won themselves a penalty; while the ultimate result was a loss for Marseille the signs are far more positive than following their insipid displays against Angers and Slovan Liberec during the week.

However, Michel’s side are still just four points ahead of the relegation zone, and will need to take full points from their next four games against Lorient, Lille, Nantes and Nice to bolster their position before facing Saint Étienne away on November 21st.

It was not a vintage performance by PSG by any means, but the Parisians crucially got the three points against a Marseille side who arguably played their best football of the season at the Parc de princes.

Laurent Blanc’s side showed their resolve; they came from behind to beat Nantes 4-1 last week, and despite not dominating in the way that they did last week in Stade de la Beaujoire, PSG earned another crucial three points in their bid to win the title for a third season in a row, and have dropped only four points from their first nine games.

PSG’s new signings can do it in the big games

Apart from the two penalties, Zlatan Ibrahimovic did very little in last night’s game, having an unusually small impact in a Classique encounter. However, that was compensated by the two fantastic performances of their big summer signings, Angel Di Maria, and Kevin Trapp.

Di Maria was at the centre of everything good for the hosts, and absolutely roasted Paolo De Ceglie down the right hand flank, often linking up with Aurier and Maxwell, and having a big impact on both PSG penalties.

The Argentinian scored last year, and is already proving a handful for French defences, Blanc will hope that the former Real Madrid and Manchester United star can do the same in the UEFA Champions League knockout stages.

Kevin Trapp meanwhile was PSG’s biggest hero of the night, saving the penalty that would have given Marseille a point, and with moments remaining in the game the German positioned himself perfectly to save from Cabella when it seemed certain that the visitors would be leaving with a point. In all Trapp had five saves, and was voted man of the match.

Pressing is the key in Paris

One of the keys to Marseille’s early success was their energy and pressing of the PSG midfield. On numerous occasions Le Phocéens earned themselves golden chances by closing down Thiago Motta in particular, winning the ball back, and countering with intent.

In the first half Motta was inches away from conceding a penalty after handballing Romain Alessandrini’s cross, while in the second such a break led to Abdelaziz Barrada being taken down by Serge Aurier for Marseille’s penalty, which, if converted, could have certainly earned a point for OM.

Laurent Blanc is always worth a listen to in a post-match interview; honest, frank, insightful, the PSG manager was once again in top form last night, honestly admitting that the best team didn’t necessarily win, and that Marseille could feel very hard done by.

However, the quote of the night came when Canal + reporter Olivier Tallaron asked the former French international if he saw that Rihanna was in the stand to support his team.

“No, I think she’s looking for you though” he said before walking off camera. Microphone. Drop.